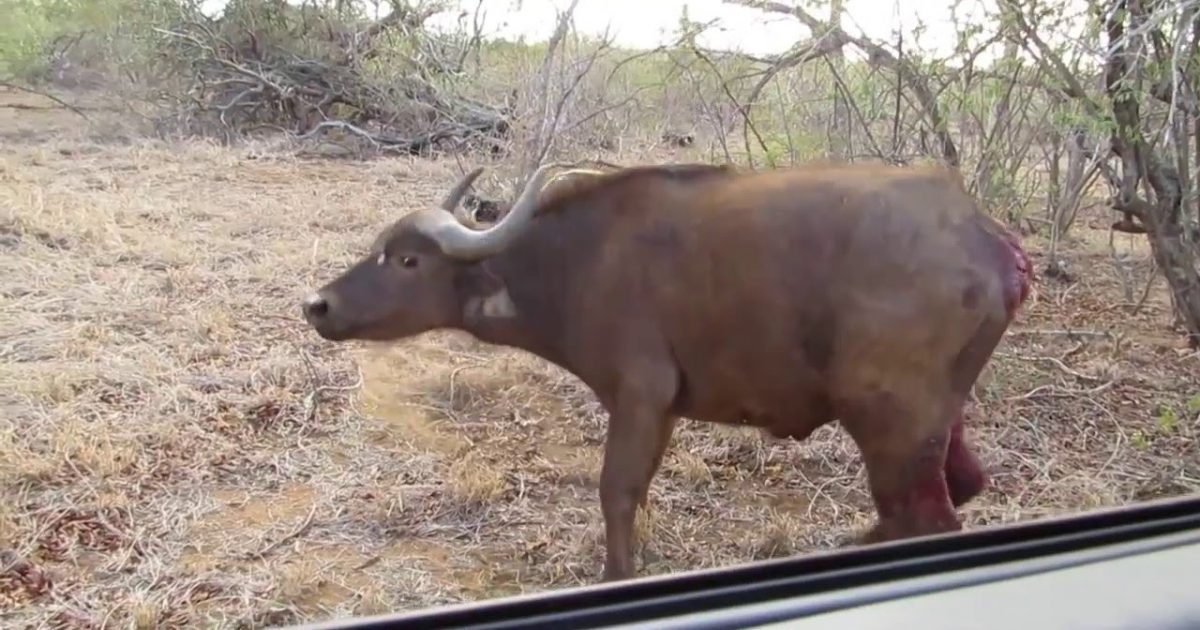 Facebook Twitter
In Africa, violence is an everyday occurrence, the interaction of predators and prey are always ongoing and as you can clearly see in the video below, sometimes it’s right in your face. Predatory animals like hyenas are always on they hunt for food, and prey animals, like the buffalo seen in the video below, try not get eaten.
Now, it’s obvious that the buffalo in the video is young, normally hyenas wouldn’t dare try attacking a full-grown specimen. You can clearly see that the buffalo’s back legs have been shredded and the hyenas are trying to wear it out so they can feast on it.
Sights like the one below, are a constant occurrence for people on safari at Kruger National Park in South Africa. Only, most of them happen when safari-goers are safely in their automobiles with the windows rolled-up. This had to be a tad bit frightening for the individual shooting the video.
He appears to be very close to the action, ‘danger close’ I’d say. It’s apparent, that even though he’s in a car, the windows are rolled-down. While that makes for a clear video image, it’s not too smart.
Here is what was posted beneath the video:
“This hunt started next to our house at African Dream Horse Safari. Eventually we had to jump in our vehicles to follow the hunt. We were woken up at 5am to 4 Hyenas attacking a sub-adult Buffalo bull outside our bedroom window, after watching them run around the house and bush camp, the buffalo ended up running 200m into the bush.
After putting up a very brave fight, the epic battle finally came to an incredible but somber end. It took nearly 3 hours from when we started watching and who knows how long it was going on during the night? This video was taken at African Dream Horse Safari, Greater Kruger National Park area, South Africa.”
Facebook Twitter