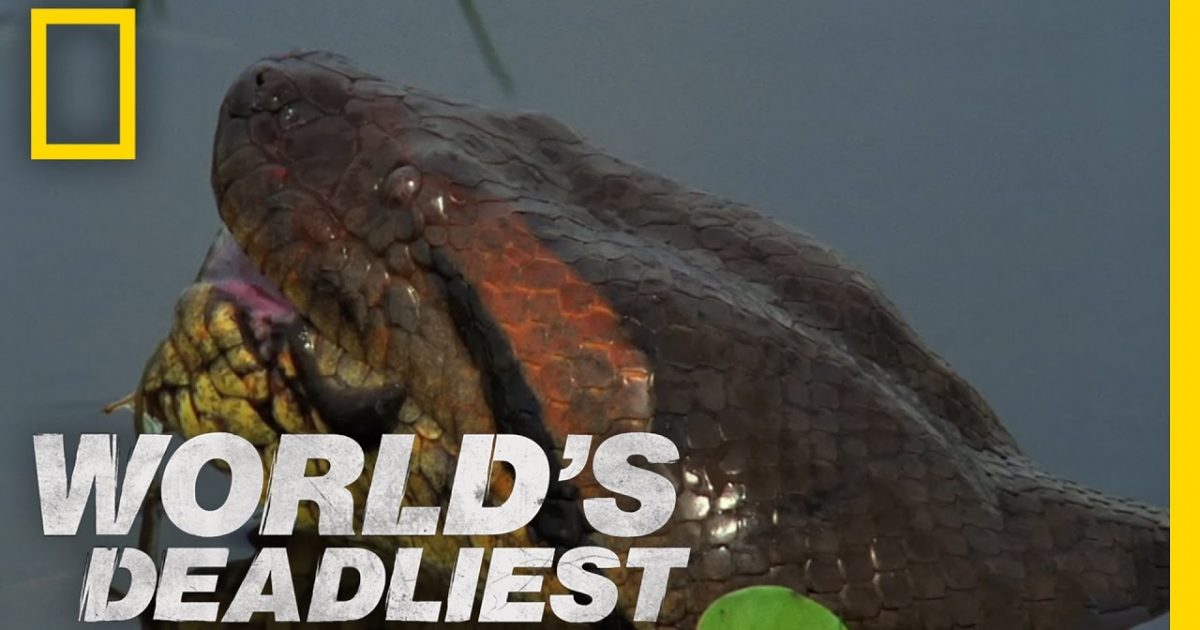 Facebook Twitter
.When the green anaconda is hungry, usually nothing gets in it’s way during a hunt for a meal.  Just about every animal in the Amazon gives this giant snake a wide berth , because they seem to know, that if this apex predator manages to get a hold of them, they’re a goner . In the video below, we see a green anaconda on the hunt and after careful planning, it makes it’s move on it’s intended prey- the Capybara.
Let me give you a little information on both animals in the video:

The Capybara is a large, semi-aquatic rodent that is found inhabiting the water-logged regions of Central and South America. Closely related to other South American rodents such as Chinchillas and Guinea Pigs, the Capybara is the largest rodent in the world weighing up to 75kg and measuring nearly 1.4 meters long. Despite their enormous size though, these mammals have adapted well to life in the water and have a number of distinctive characteristics that aid their amphibious lifestyle, including the webbed skin between their toes which is particularly helpful when swimming. Interestingly enough, the common name of the Capybara is thought to mean “Master of the Grasses”, whilst its scientific name comes from the Greek word for water hog.

The Green Anaconda is the largest snake in the world, when both weight and length are considered. It can reach a length of 30 feet (9 meters) and weigh up to 550 pounds (227 kilograms). To picture how big that is, if about five ten-year-olds lie down head to foot, they’d be about the length of this huge snake. The green anaconda is a member of a family of snakes called constrictors. Constrictors are not venomous snakes. They don’t kill prey by delivering venom through a bite. Instead, constrictors wrap their bodies around their prey and squeeze until it stops breathing. The giant snake opens its mouth wide enough to swallow its victim—sometimes fish or caiman (relatives of crocodiles) and even jaguars and small deer.

Now that you know something about the players, let me give you one last warning…if you are the squeamish-type, DON’T WATCH THE VIDEO!!