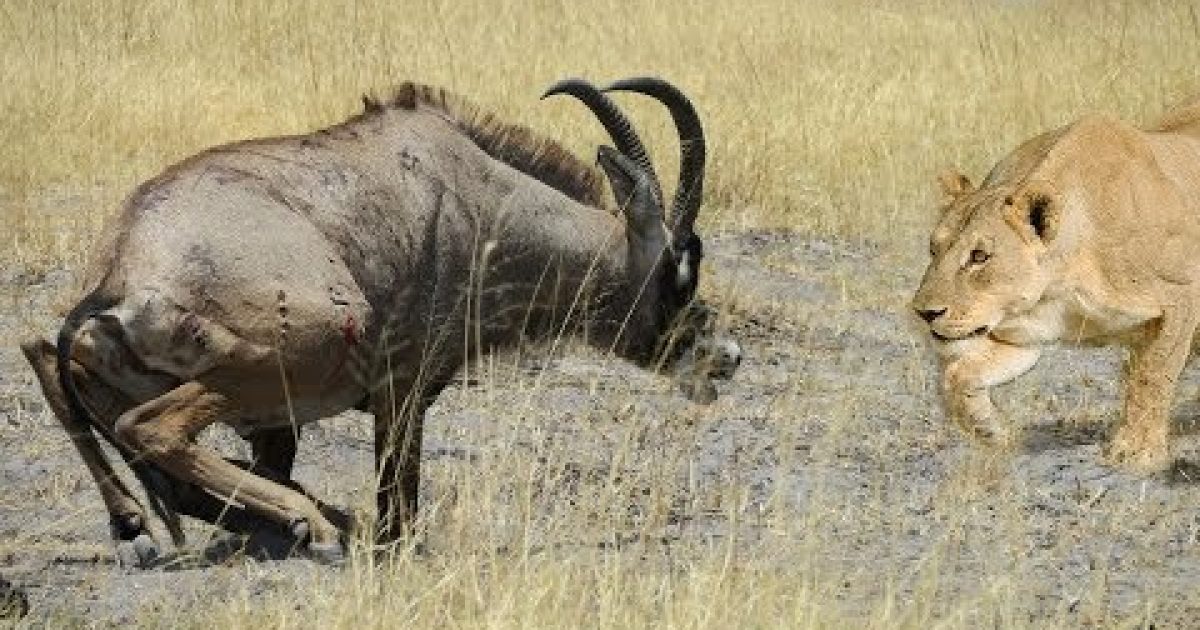 Facebook Twitter
When it comes to predators and prey, the outcome usually isn’t a good one, especially for the prey animal. Sometimes they manage to get away, but there are times when nature plays itself out and the predatory animals get to eat…it’s that simple.  Such is the case for the lone Roan antelope in the video below. Just when you think the antelope might escape, we see that he is too injured and worn-down by the lions and ultimately nature plays-out and the lions get a meal.
The individuals who witnessed this drama had this to say about what they saw:
“At the scene near camp Khwai, we saw two lionesses lying in the shade on a blistering hot day. After a while we returned to camp for brunch and around 40 min later we returned to the lions to see if anything had changed. Upon arrival, we noticed there were no lions in the shade, but when we looked to the other side of us we saw the lions already on the roan antelope less than 15 meters from us. The initial attack was only witnessed by the people in our car and we were the only people that witnessed everything from start to finish.”
“Initial emotions were emotions of excitement at being able to see such a rare sighting in broad daylight. However, as the day unfolded feelings of sorrow and heroics developed towards the struggling roan. Battered and bruised, the roan was fighting for survival.”
“By the time we had to leave late afternoon both the roan and lions were lying in the shade, mere meters away from each other. It seemed as if there was a truce between them. We returned to the scene the next morning, but didn’t see anything. I am of the opinion that the roan died somewhere during the night, but no one knows for sure. One can only assume what happened in the end.”
“I have been privileged to see many rare animal sightings and behaviours throughout Southern Africa, but this tops the list as the most touching and memorable sighting. Almost as if there was an emotional connection”.
Facebook Twitter