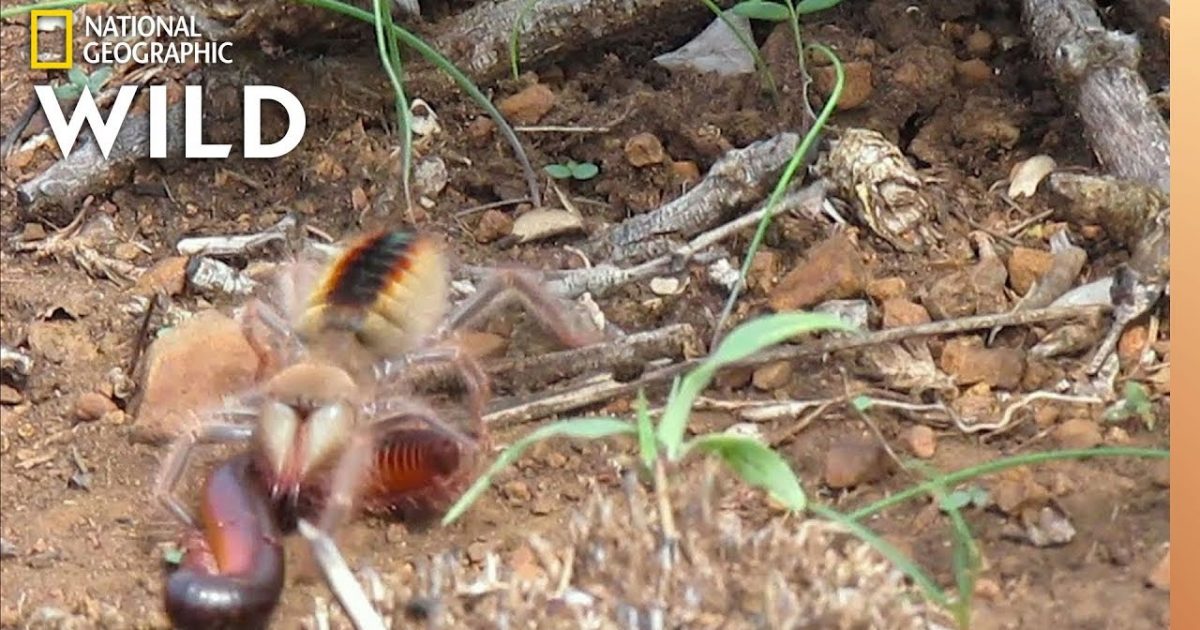 Facebook Twitter
This huge-jawed camel spider has honed in on a millipede for its next meal. This rare video is playing in real time—they’re just this fast! Camel spiders are not true spiders, but are eight-legged arachnids in the order solifugae. The swift hunters use serrated, pincer-like jaws, called chelicerae, to catch their prey.
The millipede attempts to coil and protect its head, as the camel spider attempts to decapitate it. Like big cats, camel spiders kill their prey before eating it. They move quickly to avoid losing their catch to a competitor. The camel spider overcomes the millipede, and starts devouring its meal.
Camel spiders are not deadly to humans (though their bite is painful), but they are vicious predators that can visit death upon insects, rodents, lizards, and small birds. These hardy desert dwellers boast large, powerful jaws, which can be up to one-third of their body length.
They use them to seize their victims and turn them to pulp with a chopping or sawing motion. Camel spiders are not venomous, but they do utilize digestive fluids to liquefy their victims’ flesh, making it easy to suck the remains into their stomachs.
While most commonly found in Middle Eastern deserts, camel spiders also live in the southwestern United States and Mexico, according to the NSF. Camel spiders are primarily nocturnal and flee from the sun.
Camel spiders are neither dangerous nor venomous, and humans have nothing to fear from them. The myth about how dangerous camel spider bites are is purely an anecdote. Although a bite is probably painful, only the bacteria in its mouthpart is capable of hurting you.
Facebook Twitter