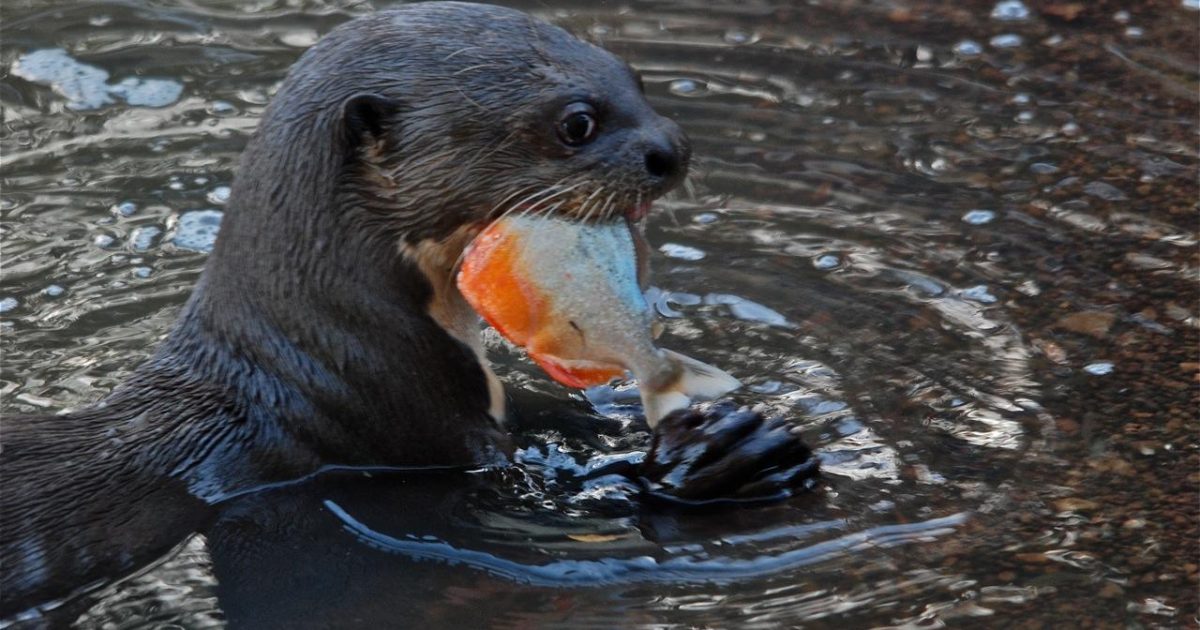 Here’s the million dollar question…giant otters love catching and eating piranha – but how do they do that without being attacked themselves ? Giant otters are one of the toughest creatures in the Amazon jungle. Not only are they living in a lake in the middle of the Peruvian Amazon, but they are also surrounded by three hundred black caiman, anaconda, jaguar and puma.

Lake Sandoval is a lake in Peru, close to the city of Puerto Maldonado, part of the Madre de Dios in the Amazon basin. There is a touristic hike from the river Madre de Dios to the lake. On the way if you’re lucky, you might see parrots, macaws and some other species from the rain forest. The lake is also known for having black caimans and giant otters and of course…piranhas.