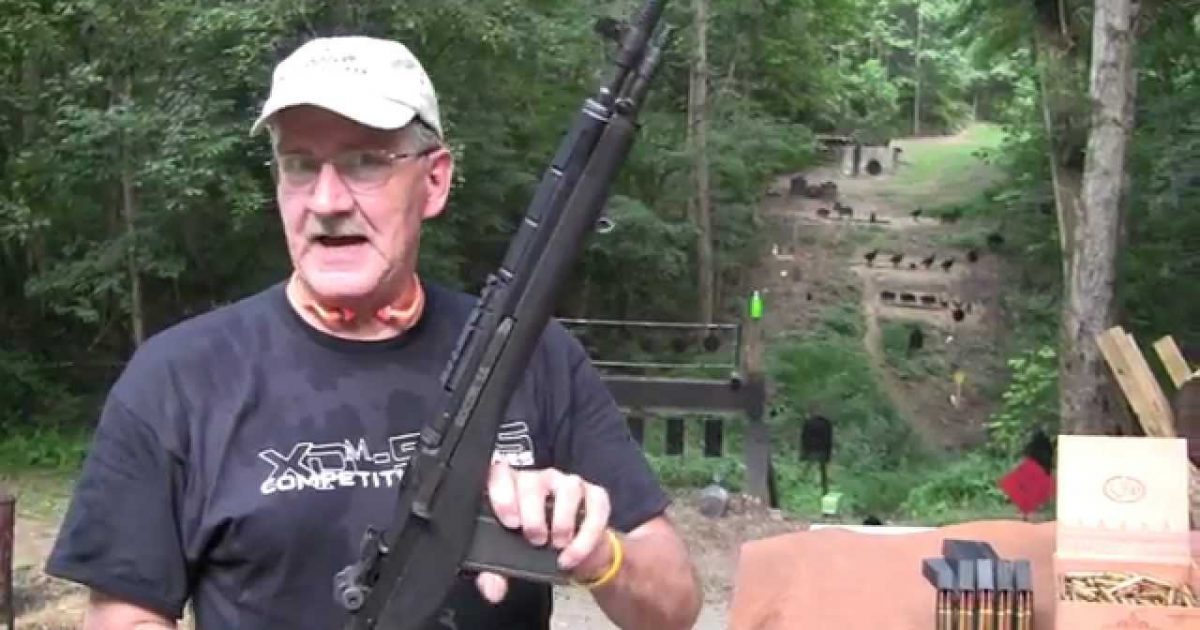 Our old buddy Hickok45 is showing off a neat little carbine and it’s the Springfield Armory M1A Socom 16.  Now, we all are familiar with the Springfield M1A, it is a classic rifle, it’s basically an M14 without a fire selector switch, but for many gun enthusiasts that doesn’t matter.  The M1A is a piece of history that is in many a gun collectors safe.

But here we see that classic rifle has been reinvented for use in the 21st century in the form of the Springfield Armory M1A Socom 16. The description below comes directly from springfield-armory.com :

“The world of tactical rifles forever changed in 2004 when Springfield Armory® introduced the M1A™ SOCOM 16. 7.62NATO power in a package this small was previously unthinkable. Shooters who need a compact rifle no longer have to settle for a lesser caliber, although they can expect less felt recoil and less muzzle rise, thanks to the SOCOM 16’s unique design.

The SOCOM 16 starts with a specially-engineered 16 inch barrel that is mated to the gas system with a proprietary muzzle brake. Shoot the SOCOM 16 and you’ll be double-checking the stamping on the barrel, because you’ll have a hard time believing that you’re shooting a .308. The muzzle brake reduces felt recoil and keeps muzzle rise so flat that follow-up shots with a caliber this powerful have never been so easy. The enlarged ghost ring aperture rear sight and XS Tritium Insert in the front sight give you the quick target acquisition capability you want and need under any conditions. If your mission calls for optics, the SOCOM 16 features Springfield Armory®’s forward scout-style Picatinny mount. Of course, the SOCOM 16 also has the legendary performance and reliability that M1A™ shooters have come to love and expect.

If your mission requirements call for a compact tactical rifle, but won’t let you sacrifice power, you need the SOCOM 16. Bring Enough Gun™.”