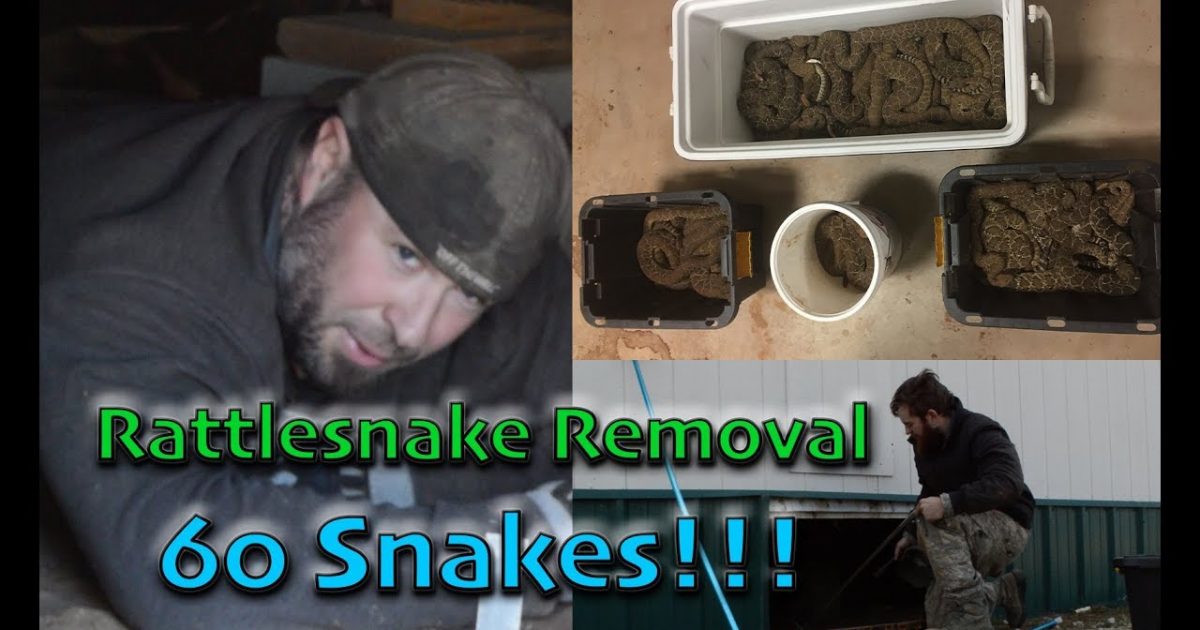 Truth be told, I originally saw this video on Facebook . I was so interested I went on a hunt to see if I could find it elsewhere, luckily for me (and you too) I found it on YouTube.  Despite being cold-blooded animals, snakes don’t like to get too hot in the summertime, and you may find a variety of reptiles seeking shelter from the hot summer sun.

And that’s what the guys in the video found when they crawled under the house,  only it wasn’t one, two, or even ten snakes, what they found was 60 snakes all curled-up under a tarp staying cool from the summer heat. All I can say about this is…you wouldn’t catch me doing something like this , I don’t care how much money was involved. It’s not that I hate snakes, it’s just that I have a problem with dark tight spaces, they creep me out.

Here’s what they said when the went under the house: “Nathan and I remove 60 Rattlesnakes from under a house south of Wichita Falls, TX. The rattlesnakes were denned-up under a tarp that was placed beneath the house as a moisture barrier.”

Here’s something about rattlesnakes courtesy of Wikipedia:

Rattlesnakes are predators that live in a wide array of habitats, hunting small animals such as birds and rodents. Rattlesnakes receive their name from the rattle located at the end of their tails, which makes a loud rattling noise when vibrated that deters predators or serves as a warning to passers-by.
However, rattlesnakes fall prey to hawks, weasels, king snakes, and a variety of other species. Rattlesnakes are heavily preyed upon as neonates, while they are still weak and immature. Large numbers of rattlesnakes are killed by humans. Rattlesnake populations in many areas are severely threatened by habitat destruction, poaching, and extermination campaigns.
Rattlesnakes are the leading contributor to snakebite injuries in North America. However, rattlesnakes rarely bite unless provoked or threatened; if treated promptly, the bites are seldom fatal.