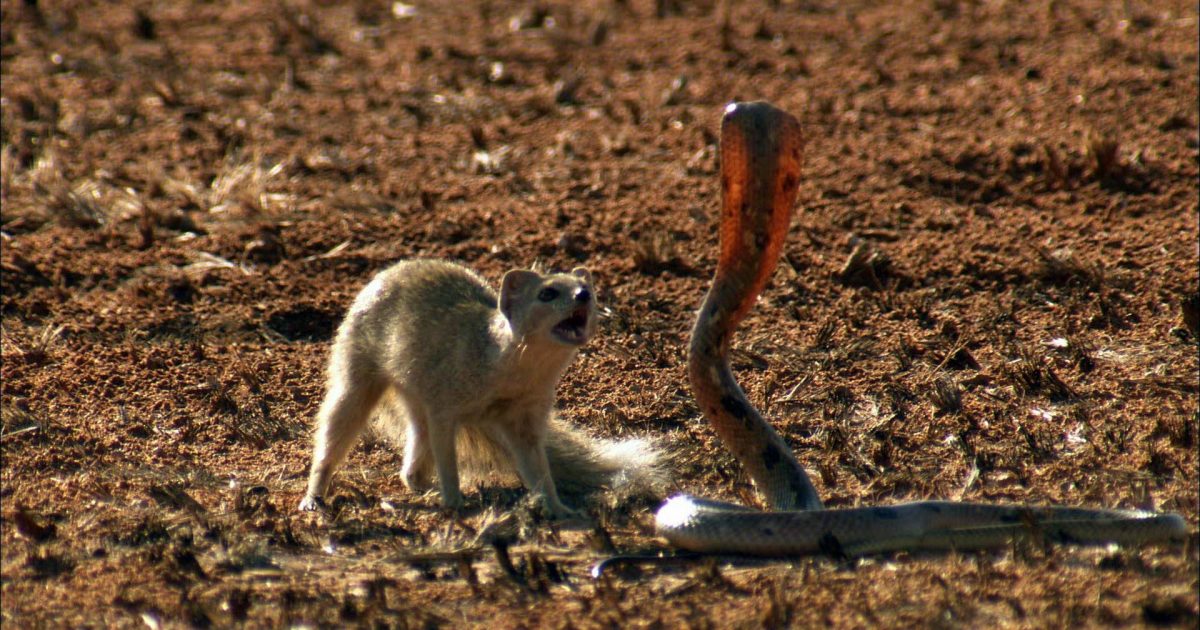 Facebook Twitter
The Namib Desert is often referred to as the world’s oldest desert and has been in existence for some 43 million years, remaining unchanged in its present form for the last 2 million years. The Namib is an immense expanse of relentlessly moving gravel plains and dunes of all shapes and sizes that stretch along the entire coastline.
The most widespread and dominant type of desert sand dune are linear dunes, with crescent shaped dunes common along the coast and clusters of star dunes, such as the towering horseshoe of dunes at Sossusvlei, found in the eastern reaches of the sand sea.
In the video below, we see two residents of the Namib, the cobra and the mongoose. When it comes to these animals, both the snake and mongoose are enemies because one’s life depends on the death of the other and they’ll  fight for their survival. The mongoose has a thick coat and the acetylcholine receptor which makes them strong against the snake venom.
According to Wikipedia: “Mongooses also have receptors for acetylcholine that, like the receptors in snakes, are shaped so it is impossible for snake neurotoxin venom to attach to them. Researchers are investigating whether similar mechanisms protect the mongoose from hemotoxic snake venoms”
And I don’t think that they both know that they are natural enemies. There are incidents where the mongoose do not attack the snakes. According to the mongoose, they see the snakes as a prey and the snake sees the mongoose as the animal which is danger to its life. Watch as this life & death drama unfolds in the scorching sands of the Namib.
Facebook Twitter