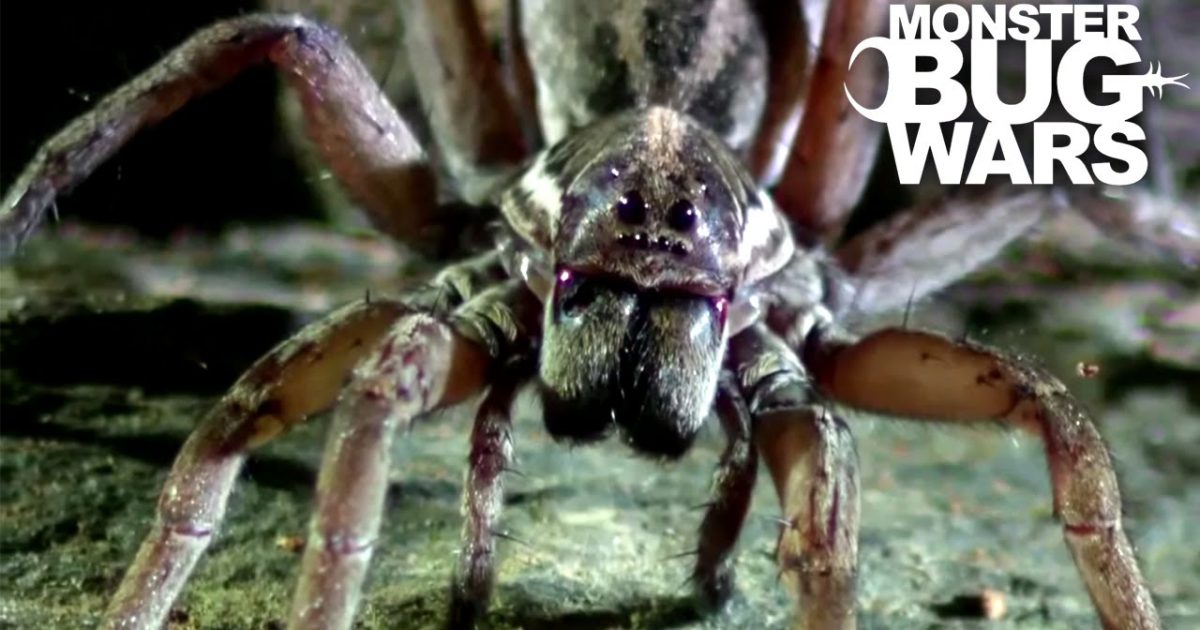 Facebook Twitter
Before we get into the particulars about these two arachnid warriors, I have to get my two cents in. I HATE friggin’ spiders, if all of a sudden every single spider disappeared from the face of the earth…I would be totally cool with that.  Okay, now you know how I feel. The reason that I chose the video below, I thought it was just like watching two runaway trains headed straight at each other, you know what’s going to happen, but you just can’t take your eyes off of it for a single second.
About the Sydney Funnel Web Spider:
Australia is home to lots of creatures that have the ability to kill you. The Sydney funnel-web spider is no exception and it’s willing to attack. Unlike most other spiders, the Sydney funnel-web spider is very aggressive and will ambush and bite its victim several times with some killer fangs that can cut through thick leather.
Those fangs point downward, but they are as sharp as needles and longer than the fangs of some snakes.  The spider will cling to the victim until it is done delivering its venom so it’s best to do what most other spiders do – avoid confrontation with these aggressive arachnids. The male Sydney funnel-web spider has venom that is six times stronger than that of the female, the reverse of which can be said of almost all other spiders.
The venom is a fast-acting neurotoxin that can short out the synapses in the nerves and halt the relaxation cycle. This causes the victim to suffer extreme symptoms, including vomiting, confusion, palpitations, muscle spasms and brain swelling within only a few minutes.
About the Wolf Spider:
Relatively large in size and menacing in appearance, wolf spiders incite fear and loathing in many. Given their name because they stalk and hunt their prey like wolves do, wolf spiders are fast-moving ground hunters. They have excellent vision, though they cannot move their eyes like humans do; they have to change their body position to stalk their prey.
Large and hairy, wolf spiders are often mistaken for tarantulas. However, they can be distinguished by the following characteristics:
Range in size from ¼ to 2 inches long
8 eyes, arranged in 3 rows
A distinct Union Jack impression on its back
8 long, hairy legs
Grayish-brown with lighter stripes
Two sharp, horizontal fangs
Now that I’ve explained the particulars about each of the combatants, watch for yourself and see what conclusion comes about as these two predators face-off against each other. The video is just over 8 minutes long, but I promise you, you won’t be able to look away.
Facebook Twitter