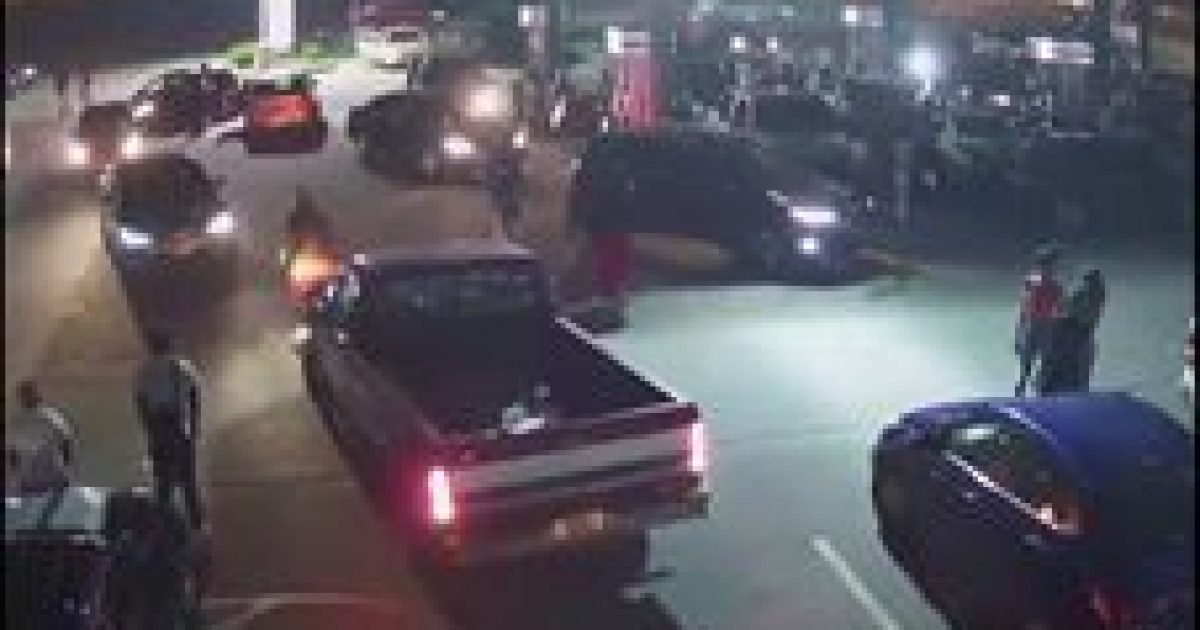 This isn’t some surveillance video from a 3rd world country (though it might as well be), it is from a gas station in the St. Louis Missouri area.

From KMOV News: St. Louis police released surveillance video of individuals carrying and firing weapons at a packed North City gas station parking lot. Police said they’ve had problems with ‘Cruising’ for years; crowds of young adults or teens driving around a business as well as hanging out there with friends and showing off their cars. Now, police have noticed a trend in ‘armed’ cruising.

This Is How An AR-15 Works
Great American Outdoors
WATCH: Nancy Pelosi Gets Ugly Reception at New York Music Festival
Flag And Cross