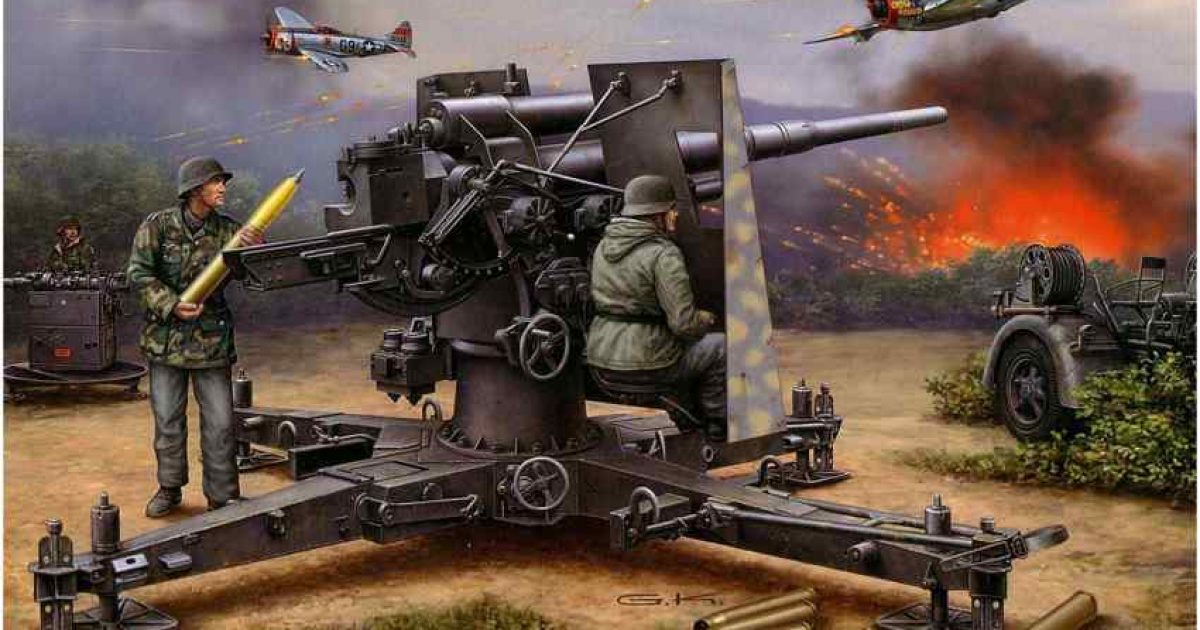 This weapon was undoubtedly the single most feared piece of artillery during the entire second world war. Originally designed to shoot down allied aircraft, the German military also found that it was a phenomenal anti-tank gun and was also used as an anti-personnel weapon. Allied soldiers were scared to death of this weapon, and rightly so.

During the Battle of the Bulge at Bastogne , soldiers of the 101st Airborne were terrified of this weapon, as the Germans were using “Tree-burst” shells, designed to explode at tree-top level spraying a mixture of shrapnel and wood splinters on the troops below.

Although its primary use was to ward off invading high-altitude bombers by using high-explosive ammo, on the ground the 88 caliber had a devastating effect, once supplied with armor-piercing shells and a variety of anti-tank projectiles.

Once the Wehrmacht realized the scale of firepower which the 88 caliber had to offer, projects were initiated to produce an anti-tank version called the 8.8 cm PaK 43 and to fit the gun onto tanks. Besides impenetrable armor, the 88 gun designated as the 8.8 cm KwK 36 and later the KwK 43 tank gun was the main advantage which made the Tiger tanks so dreaded by Allied servicemen.