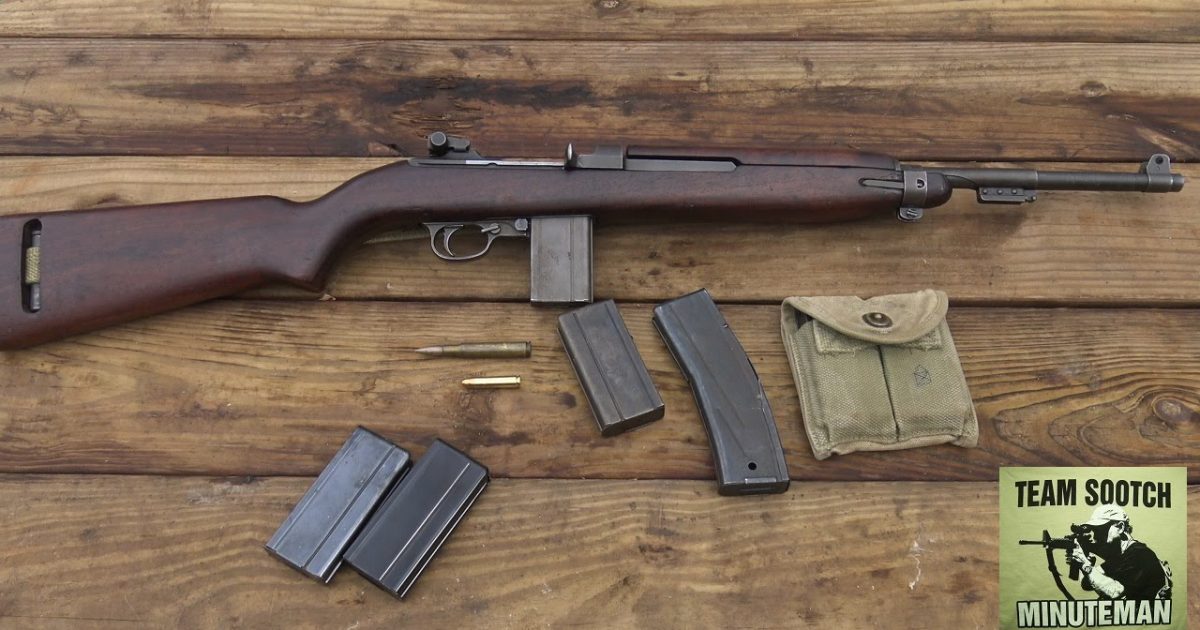 Facebook Twitter
I guess I’m feeling nostalgic today, but I hope you folks won’t hold that against me. I guess I’m just a firm believer in American weapons technology. Since shortly after the turn of the last century, American arms manufacturers created some phenomenal small arms and the M-1 carbine is definitely one of them.
The M-1 Carbine .30 Caliber, Designed right before WWII and issued to U.S. Troops all the way through Vietnam. Made to be an intermediate caliber for rear echelon units to replace the handgun for self defense, they saw action in every theater of war. Light, Handy and a real classic.
Here is what Wikipedia had to say about this rifle:
“The M1 carbine (formally the United States Carbine, Caliber .30, M1) is a lightweight, easy to use, .30 caliber (7.62 mm) semi-automatic carbine that was a standard firearm for the U.S. military during World War II, the Korean War and well into the Vietnam War.
The M1 carbine was produced in several variants and was widely used by not only the U.S. military, but by military, paramilitary and police forces around the world. It has also been a popular civilian firearm.
The M2 carbine is the selective-fire version of the M1 carbine capable of firing in both semi-automatic and full-automatic. The M3 carbine was an M2 carbine with an active infrared scope system.
Despite having a similar name and appearance, the M1 Carbine is not a carbine version of the M1 Garand rifle. They are different firearms, and they use different ammunition. On July 1, 1925, the U.S. Army began using the current naming system where the “M” is the designation for Model and the “number” represents the sequential development of equipment and weapons.
Therefore, the “M1 rifle” was the first rifle developed under this system. The “M1 carbine” was the first carbine developed under this system. The “M2 carbine” was the second carbine developed under the system, etc.”
Facebook Twitter