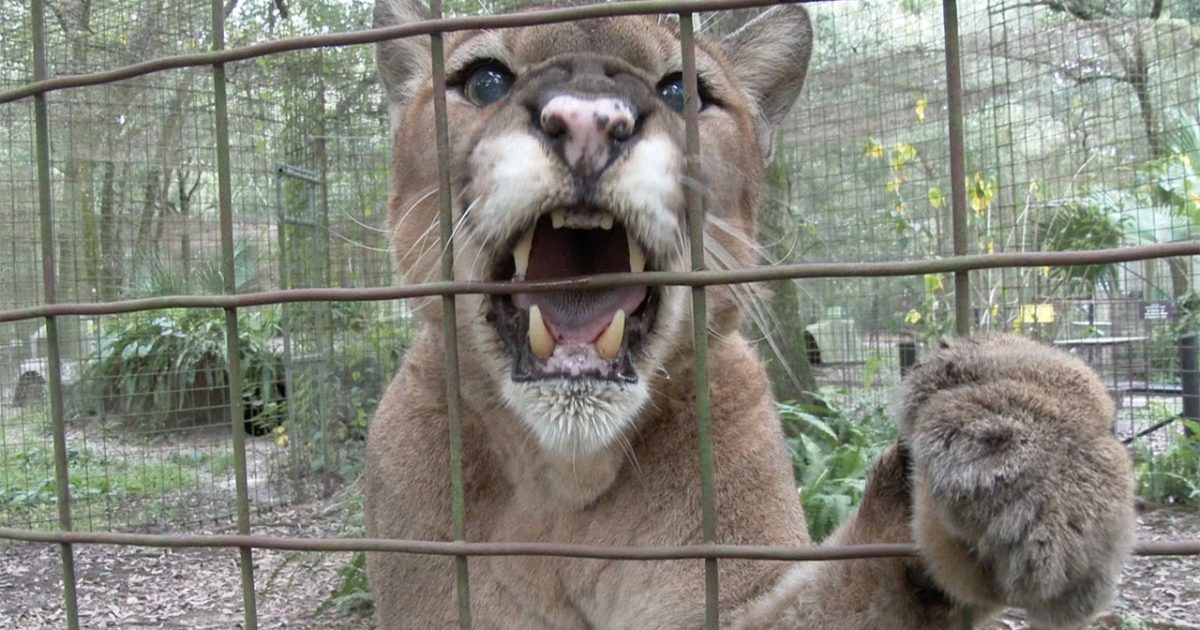 Facebook Twitter
Sometimes when people go to an animal refuge, or visit the zoo, they sometimes seem to forget that all of the animals there are wild and if given the chance, they will take your head off. This is why it is important to remember where you are and that you should N-E-V-E-R get too close to the enclosures.
About Big Cat Rescue:
Big Cat Rescue is one of the largest accredited sanctuaries in the world dedicated to abused and abandoned big cats. We are home to about 80+ lions, tigers, bobcats, cougars and other species most of whom have been abandoned, abused, orphaned, saved from being turned into fur coats, or retired from performing acts. What sets Big Cat Rescue apart is that we are working to end the abuse at its root by ending the private possession and trade in exotic cats through legislation and education. The sanctuary began rescuing exotic cats in Nov. 4, 1992.
Big Cat Rescue has many species of cats, many of whom are threatened, endangered or extinct now in the wild, including: Tigers, Lions, Leopards, Cougars, Bobcats, Lynx, Servals, Ocelots and Caracals
The cats at Big Cat Rescue are here for a variety of reasons, including:
#1. Abandoned by owners who wrongly thought they would make good pets.
#2. Abused by owners in order to force them to perform.
#3. Retired from performing acts.
#4. Saved from being slaughtered to make fur coats.
#5. Rescued as babies after hunters killed their mothers.
If you wish to donate to Big Cat Rescue simply click HERE.
Facebook Twitter