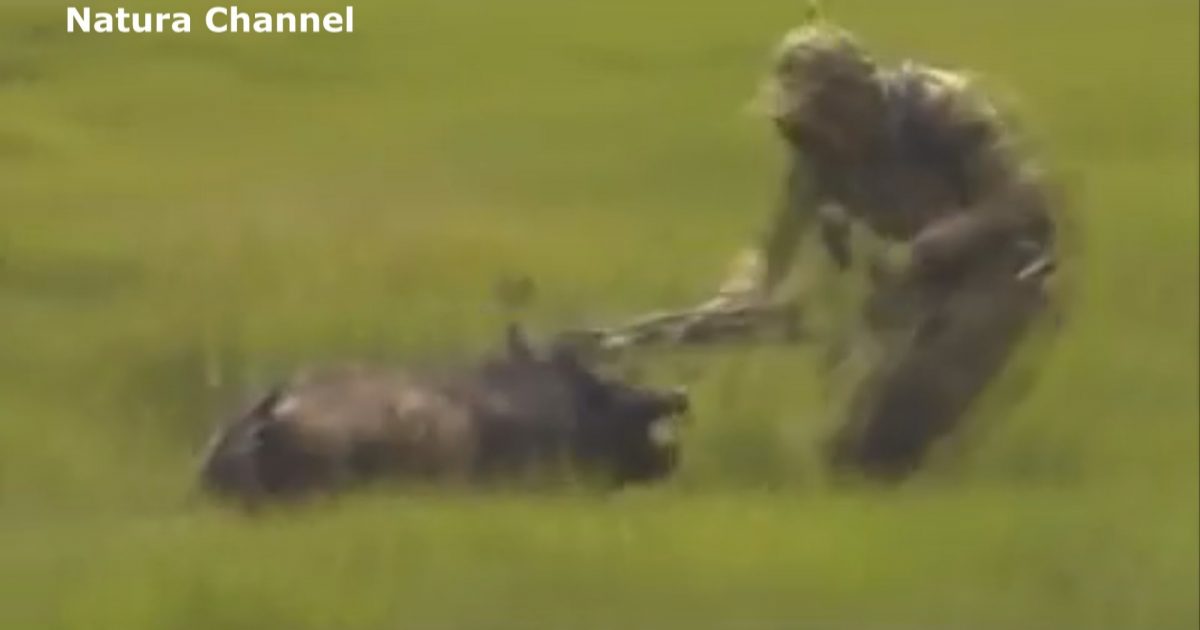 While some may think that hunting is an out of date and even “barbaric” obsolete practice, it will continue much to the chagrin of animal rights groups like PETA. But I’ll bet the liberal animal lovers like to see the animals get a shot at the hunters, y’know, because human beings are basically schmucks right? Well get ready to see what happens when the shoe is on the other foot, when the hunter becomes the hunted.

Animals, even one’s that aren’t considered normally “ferocious”,  can be quite aggressive when surprised and they feel threatened. There are a lot of things in nature that could probably mess up your day real bad if they wanted to. Though it may not surprise you to learn that lions, tigers, and falling trees could probably beat you in a fist fight, there are some less obvious animals known to have attacked people for a variety of reason

Well, none of those animals mentioned are in the video below, you will see animals in broad daylight who were surprised by human beings and they reacted just as you would expect them to…very aggressively. The translated title to the video below is: “Hunters surprised by their prey” and after you see it, I don’t think any of the guys in it were too “surprised” by what happened.
Facebook Twitter