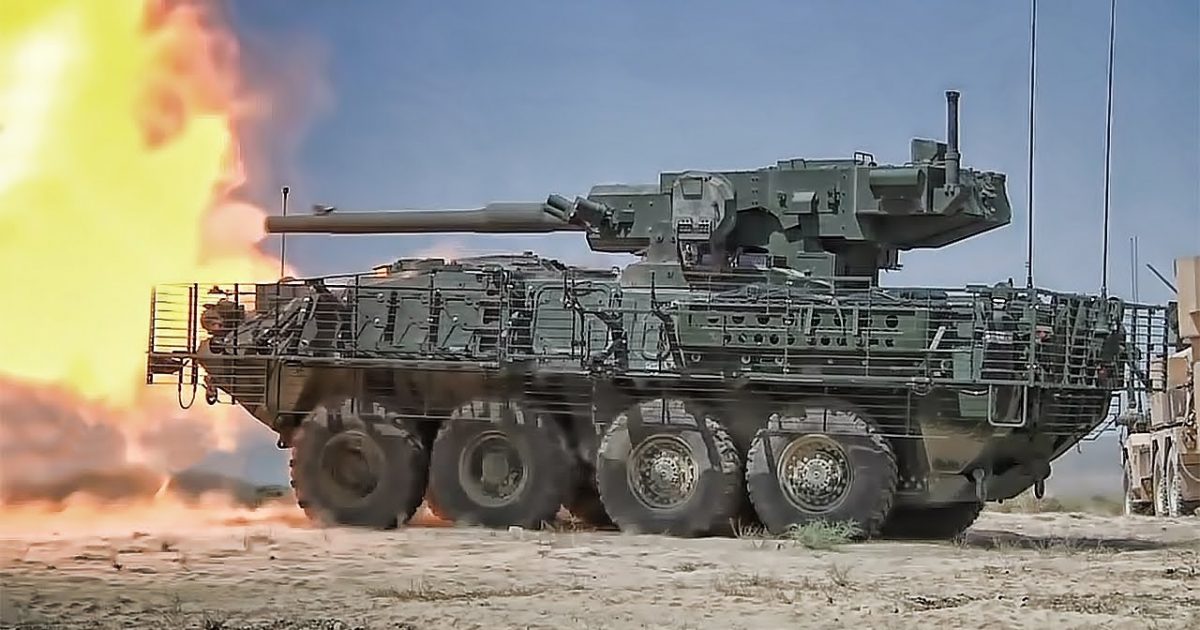 So, you say you’re looking for something fast that packs a good punch…well I have just the thing. The M1128 Mobile Gun System is an eight-wheeled armored car of the Stryker armored fighting vehicle family, mounting a 105 mm tank gun, based on the Canadian LAV III light-armored vehicle manufactured by General Dynamics Land Systems. It is in service with the United States and was also being considered for adoption by several other countries.

The eight-wheeled Stryker combat vehicle is the U.S. Army’s Stryker Brigade Combat Team primary combat and combat support platform and the focal point of this ongoing phase of Army Transformation. Significantly lighter and more transportable than existing tanks and armored vehicles, the Stryker fulfills an immediate requirement to provide Combatant Commanders with a strategically deployable (C-17/C-5) and operationally deployable (C-130) brigade capable of rapid movement anywhere on the globe in a combat ready configuration.

The vehicle was named in honor of two Medal of Honor recipients: Pfc. Stuart S. Stryker, who served in World War II, and Spc. Robert F. Stryker, who served in Vietnam. The Stryker will be a primary weapons platform for the IBCTs. It will assist the IBCT in covering the near-term capabilities gap between our Legacy Force heavy and light units. The Stryker-equipped IBCT will provide the joint and multinational force commander increased operational and tactical flexibility to execute the fast-paced, distributed, non-contiguous operations envisioned across the full spectrum of conflict.

Stryker vehicles have robust armor protection, can sustain speeds of 60 miles-perhour, have parts commonality and selfrecovery abilities and also have a central tire inflation system. The Infantry Carrier Vehicle carries a nine-man infantry squad and a crew of two and has a Remote Weapon Station with an M2 .50 caliber machine gun or MK-19, 40mm grenade launcher. Additionally, and just as important, the Stryker family of vehicles stresses performance and commonality that reduces the logistics footprint and minimize sustainment costs. The same engine used in the Family of Medium Tactical Vehicles (FMTV) powers the Stryker. The Stryker can reach speeds in excess of 60 mph with a range exceeding 300 miles on 53 gallons of fuel.