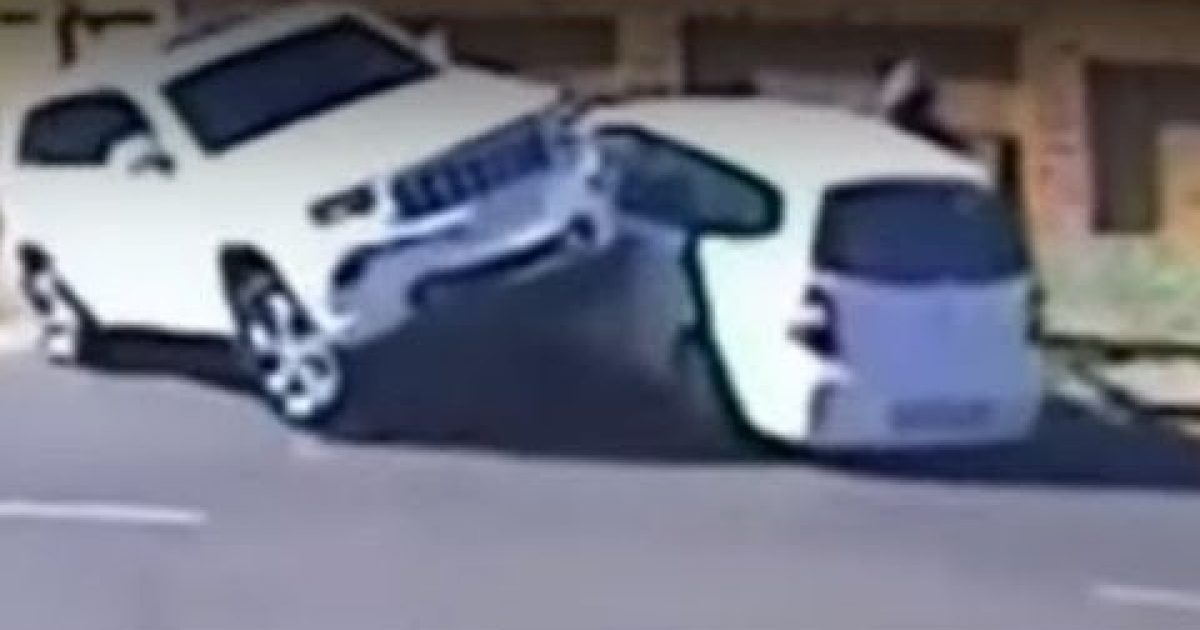 Facebook Twitter
Most of the time, when staring down the barrel of a gun, most folks are too scared to even move. In the video below, the woman driving the SUV faced not just one, but four armed rabid thugs and God only know what they would have done to her if she had unlocked the doors of her vehicle. I’m assuming, hearing the woman narrating the video, and after doing some digging, I found out that this incident did in fact happen in South Africa.
Here is a short description of what happened according to the thedrive.com:
“When armed robbers followed this “Ouma” (grandmother in Afrikaans) into her gated property in Gauteng, South Africa last Monday, they probably expected their window-tapping routine to work as expected. After all, we can imagine that brandishing a pistol near someone’s face usually results in cooperation. However, what they didn’t expect was that this particular Ouma was in no mood to cooperate.
According to The Citizen, when this grandmother and her granddaughter arrived at their home a white vehicle with several armed men pulled up behind them. As this video shows, the driver and occupants reacted quickly and kept their doors locked. After ignoring the robbers’ shenanigans for a few moments, they eventually decided to fight back by reversing the Jeep Grand Cherokee into the hijackers’ getaway vehicle.”
If you would like to read the entire article, you can do so by clicking HERE.
The woman driving the SUV showed incredible courage and fortitude. Given the fact that at any moment one (or possibly all) of the carjacker’s could have open-fired on the vehicle , possibly killing , or at the very least, wounding the people inside it.

She decided not today!