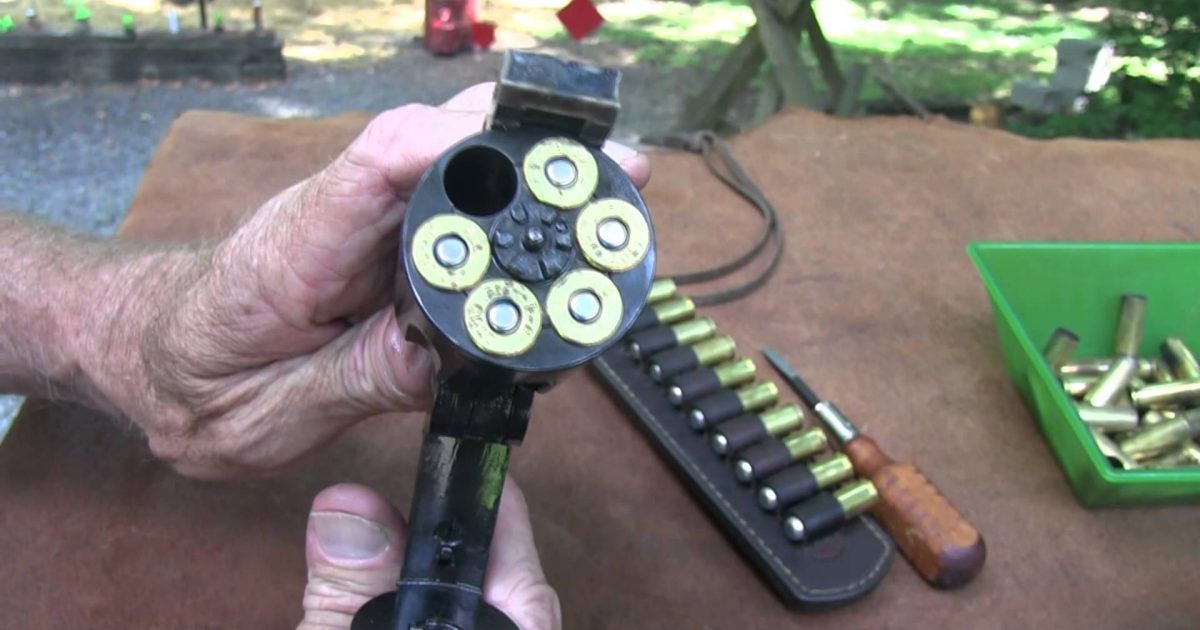 Designed by Major Schofield of U.S. Army the Schofield Revolver was an improvement and up-grade of earlier top-break Single Action revolvers produced in the line of the legendary firearms company Smith & Wesson. The United States Army contracted a total of over 5 000 Schofields with 7-1/2″ barrel lengths.

The caliber was .45 Schofield. This revolver represents the first real challenge on the military and civilian market to the Colt Single Action. Graceful and accurate the Schofield revolver was the choice of many gunslingers and entrepreneurs in the Old West.

The Wells Fargo Company stocked their considerable arsenal with special 5-1/2″ Schofield revolvers marked with the company logo. The Schofield was to be operated with one hand while on horseback, a break-open pistol was ideal for mounted soldiers in the U.S. Cavalry.

Shooters could easily eject all six spent cartridges and reload while on horseback. The top break pistol also proved useful to the likes of Jesse James and and other famous gunslingers of that era. The Schofield barrel latch opens by pulling it back and has a rear sight notch incorporated into it.