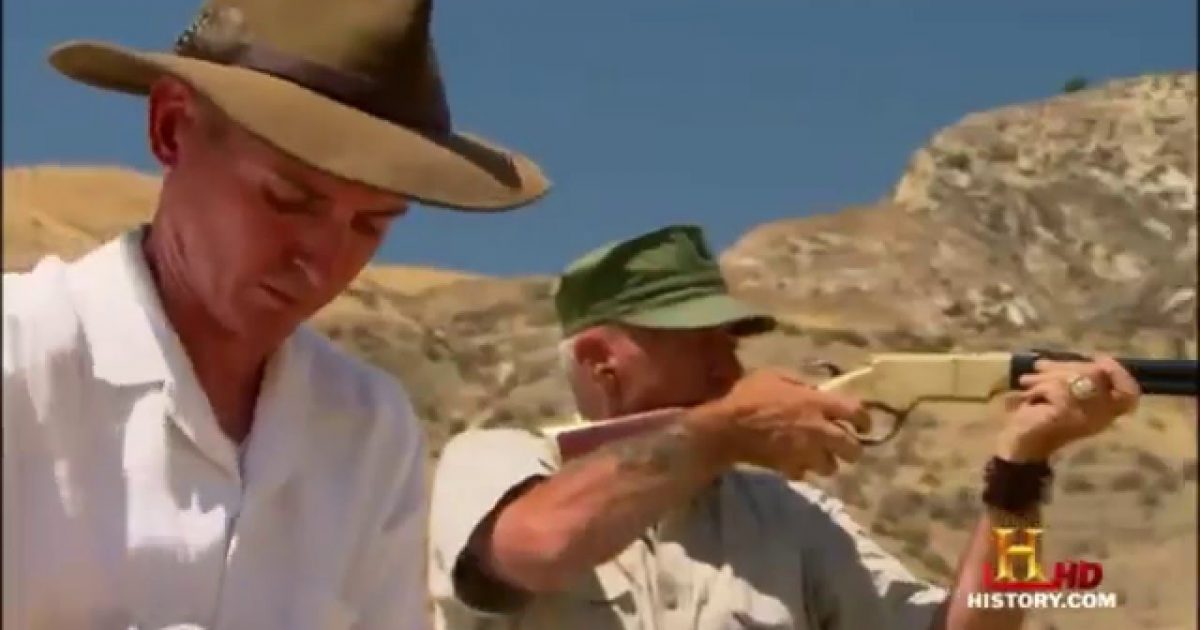 Facebook Twitter
I hate to say it, but some of the best technology always seems to come to us during a time of war. Sadly, more stuff (usually technology designed to kill human beings) come into play during a time of bloodshed, like the Civil War. I’m talking of course about the Spencer Rifle and the Henry Repeating Rifle, prior to them all rifles were single shot and muzzle loaded. But in a contest between the Spencer and Henry rifles, which one was better? Now before you answer that question, watch the video below.
In the video below, they do a little competition of these two iconic rifles and after they’re done, then make your own decision.
About the Spencer Rifle:
The Spencer 1860 was an American lever action rifle. Designed by Christopher Spencer, the Spencer was the world’s first military repeating rifle, with over 200,000 examples being produced in the United States by three manufacturers between 1860 and 1869. The Spencer repeating rifle was adopted by the Union Army, especially by the cavalry, during the American Civil War, but did not replace the standard issue muzzle-loading rifled muskets in use at the time. The Spencer carbine was a shorter and lighter version.
The design for a magazine-fed, lever-operated rifle chambered for the .56-56 Spencer rimfire cartridge was completed by Christopher Spencer in 1860. Called the Spencer Repeating Rifle, it was fired by cocking a lever to extract a used case and feed a new cartridge from a tube in the buttstock. Like most firearms of the time, the hammer had to be manually cocked in a separate action before the weapon could be fired.
The weapon used copper rimfire cartridges, based on the 1854 Smith & Wesson patent, stored in a seven-round tube magazine. A spring in the tube enabled the rounds to be fired one after another. When empty, the spring had to be released and removed before dropping in fresh cartridges, then replaced before resuming firing. Rounds could be loaded individually or from a device called the Blakeslee Cartridge Box, which contained up to thirteen (also six and ten) tubes with seven cartridges each, which could be emptied into the magazine tube in the buttstock
About the Henry Rifle:
Designed by Benjamin Tyler Henry in 1860, the Henry was introduced in the early 1860s and produced through 1866 in the United States by the New Haven Arms Company. It was adopted in small quantities by the Union in the Civil War, favored for its greater firepower than the standard issue carbine. Many later found their way West, notably in the hands of the Sioux and Cheyenne in their obliteration of Custer’s U.S. Cavalry troops in June 1876.
The original Henry rifle was a sixteen shot .44 caliber rimfire breech-loading lever-action rifle, patented by Benjamin Tyler Henry in 1860 after three years of design work. The Henry was an improved version of the earlier Volition, and later Volcanic. The Henry used copper (later brass) rimfire cartridges with a 216 grain (14.0 gram, 0.490 ounce) bullet over 25 grains (1.6 g, 0.056 oz.) of black powder. Production was very small (150 to 200 a month) until the middle of 1864.[citation needed] Nine hundred were manufactured between summer and October 1862;[citation needed] by 1864, production had peaked at 290 per month,[citation needed] bringing the total to 8,000. By the time production ended in 1866, approximately 14,000 units had been manufactured.
For a Civil War soldier, owning a Henry rifle was a point of pride. Letters home would call them “Sixteen” or “Seventeen”-shooters, depending whether a round was loaded in the chamber.[citation needed] Just 1,731 of the standard rifles were purchased by the government during the Civil War. The Commonwealth of Kentucky purchased a further 50. However 6,000 to 7,000 saw use by the Union on the field through private purchases by soldiers who could afford it.[citation needed] The relative fragility of Henrys compared to Spencers hampered their official acceptance. Many infantry soldiers purchased Henrys with their reenlistment bounties of 1864. Most of these units were associated with Sherman’s Western troops.