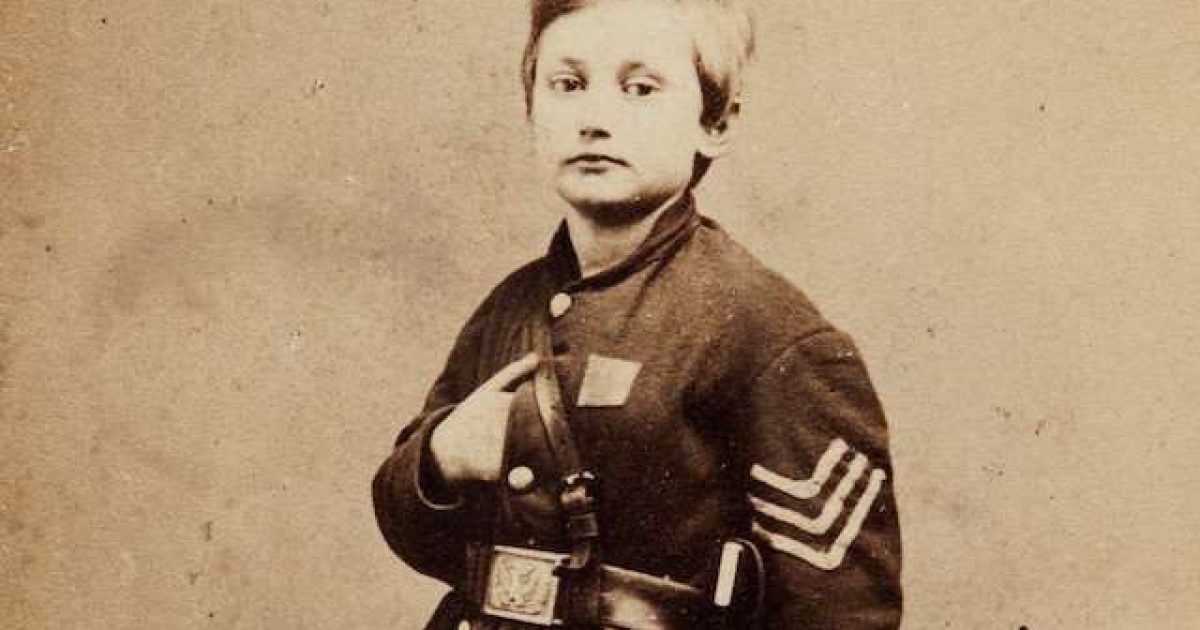 In May of 1861, 9 year old John Lincoln “Johnny” Clem ran away from his home in Newark, Ohio, to join the Union Army, but found the Army was not interested in signing on a 9 year old boy when the commander of the 3rd Ohio Regiment told him he “wasn’t enlisting infants,” and turned him down. Clem tried the 22nd Michigan Regiment next, and its commander told him the same.

Determined, Clem tagged after the regiment, acted out the role of a drummer boy, and was allowed to remain. Though still not regularly enrolled, he performed camp duties and received a soldier’s pay of $13 a month, a sum collected and donated by the regiment’s officers. 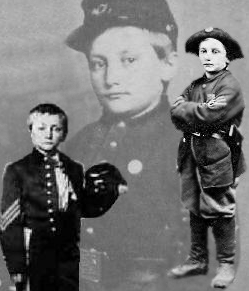 The next April, at Shiloh, Clem’s drum was smashed by an artillery round and he became a minor news item as “Johnny Shiloh, The Smallest Drummer”. A year later, at the Battle Of Chickamauga, he rode an artillery caisson to the front and wielded a musket trimmed to his size. 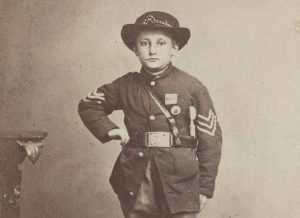 In one of the Union retreats a Confederate officer ran after the cannon Clem rode with, and yelled, “Surrender you damned little Yankee!” Johnny shot him dead. This pluck won for Clem national attention and the name “Drummer Boy of Chickamauga.” 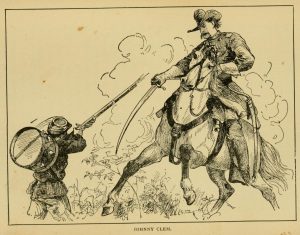 Clem stayed with the Army through the war, served as a courier, and was wounded twice. Between Shiloh and Chickamauga he was regularly enrolled in the service, began receiving his own pay, and was soon-after promoted to the rank of Sergeant. He was only 12 years old. After the Civil War he tried to enter West Point but was turned down because of his slim education.

A personal appeal to President Ulysses S. Grant, his commanding general at Shiloh, won him a 2nd Lieutenant’s appointment in the Regular Army on 18 December 1871, and in 1903 he attained the rank of Colonel and served as Assistant Quartermaster General. He retired from the Army as a Major General in 1916, having served an astounding 55 years.

General Clem died in San Antonio, Texas on 13 May 1937, exactly 3 months shy of his 86th birthday, and is buried at Arlington National Cemetery. 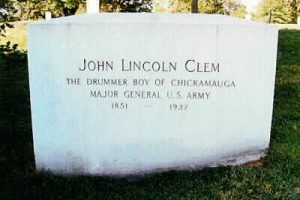