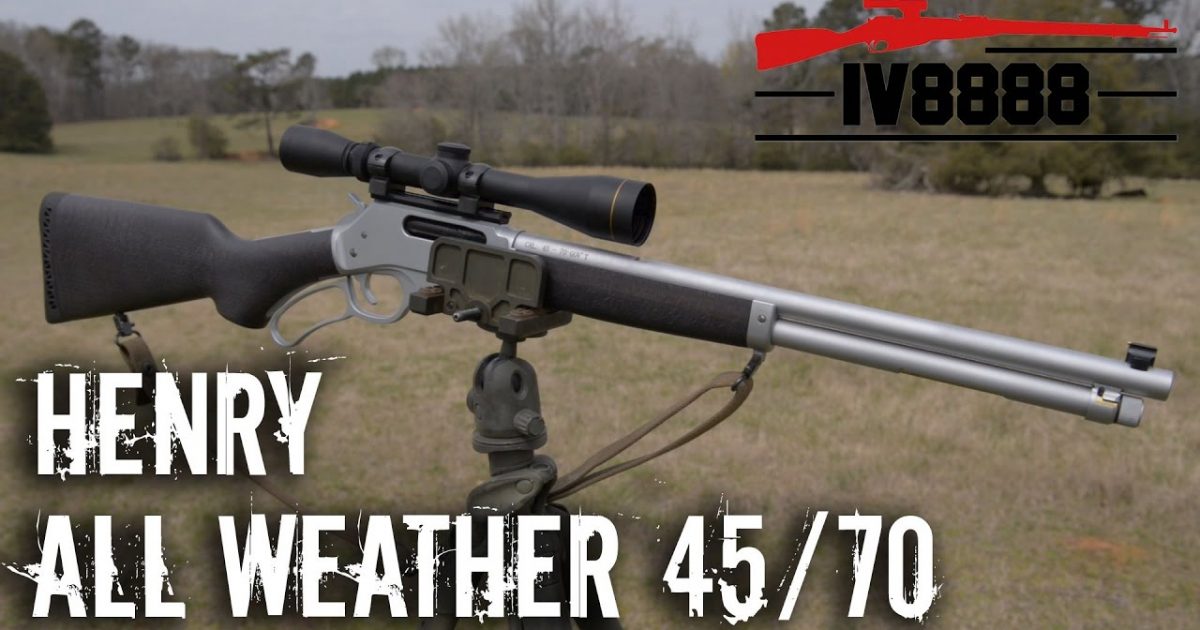 When out on the prairie, or in the woods, if you want a rifle that will take-down any kind of big game, then the Henry All-Weather 45-70 is the rifle you want to be carrying. One thing is certain, after firing-off a few rounds with this bad-boy, you are going to have a sore shoulder and the bruise to back it up with. This rifle and cartridge were made for real men to handle.

The Henry rifle has been around for a long time and has played a major part in American history. It was Mr. Henry who conceived the first practical, lever action repeating rifle. Patented in 1860, the Henry gave a single man the firepower of a dozen marksmen armed with muzzle-loading muskets.

Back then, America was engulfed in the searing flames of the Civil War and the first Henry rifles were in the hands of Union soldiers by mid 1862. Due to its revolutionary design and rapid rate of fire, the Henry quickly found popularity both with the military and civilian purchasers.

Today, Henry Repeating Arms is the leading lever action manufacturer and one of the top-five long gun manufacturers in the USA. Henry is a family owned business and it’s company motto is “Made in America, or Not Made At All”. Read the rollmark on the barrel of any Henry and it is going to say Made in the USA. The company’s headquarters is based in Bayonne New Jersey and a second manufacturing facility is located in Rice Lake Wisconsin. Henry has over 400 employees and builds over 300,000 Henry rifles annually

Beneath the video, I’ll place the specs on this rifle.