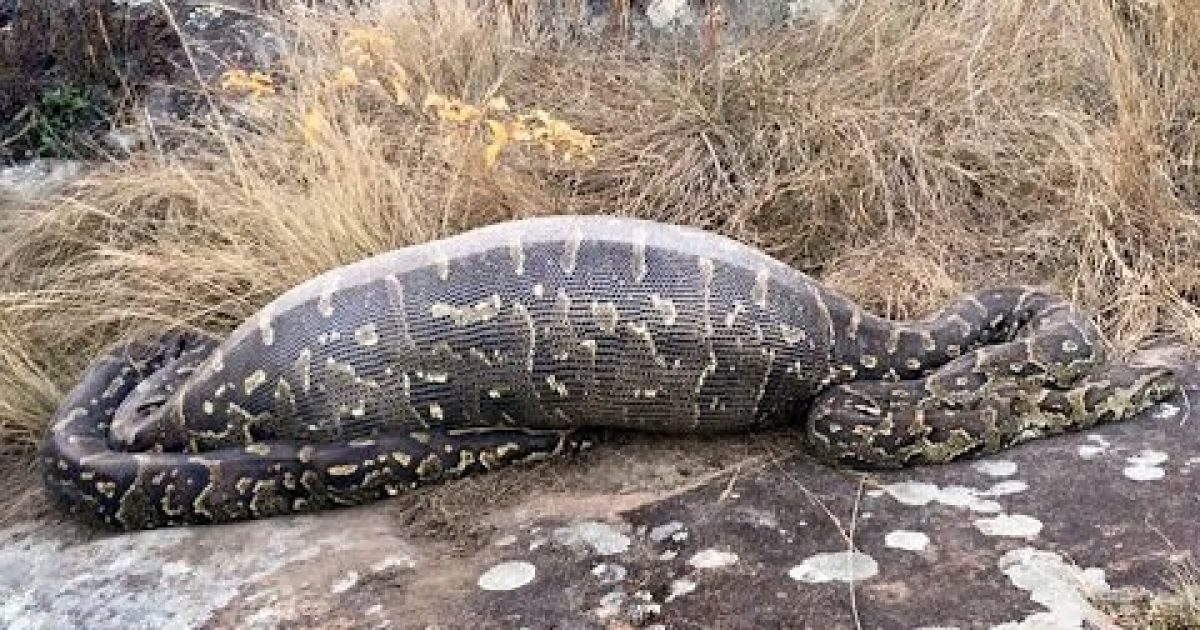 Brace yourself, because here are 12 of the most interesting things that have been found inside snakes.While I could not list every example, I did list some of the most interesting items beneath the video. Snakes are among the most fascinating – and widely feared – creatures on earth. While there are approximately 3,400 snake species, less than 400 species are venomous. Point of fact, snakes are not like mammals, they are opportunistic feeders and can go long periods between meals. In most of the instances listed in the video below, you could say, that some of the snakes bit-off a little more than it could chew.

Number Eight: Other Snakes
It’s a snake-eat-snake world out there. Recent video footage from the Sichuan Province of China shows a grueling battle between two snakes ending in one being eaten by the other. While neither snake was venomous, the smaller of the two snakes was able to overpower its much larger rival and then devour it completely. As crazy as it may sound, this isn’t that unusual of an event. That’ll put a bad taste in your mouth.
Number Seven: Set of Golf Clubs
Golfers on a North Georgia golf course were shocked to find an enormous snake made off with a set of their clubs while they rested in the clubhouse between rounds. The golfers reported the incident to local police who were able to locate the snake, but unable to recover the stolen clubs. It’s unclear whether the golfers were able to complete their round, but rest assured they all had a great story to share afterwards. To this day, the snake has not been charged with a crime.
Number Six: Centipede
While a centipede may not seem that interesting of a meal, back in 2013, a young nose-horned viper on ‘Snake Island’ in Macedonia was found dead with a centipede’s head protruding out of its body. The snake had apparently consumed its prey while still alive, but the centipede ate its way back through the snake’s abdominal wall trying to escape. Dissection the snake showed that the centipede caused damage to the snake’s internal organs either chemically or mechanically. When found, the centipede occupied the entire volume of the viper’s body. Nose-horned vipers regularly feast on small mammals and even centipedes too. But in this instance, the unfortunate snake severely underestimated the size and strength of its prey.
Number Five: Full Igloo Cooler
When snakes get hungry they usually attack on the first thing they find, regardless of what it is or how difficult it may be to swallow. Take for instance, a snake that snacked on a cooler full of beer at a camping site in Brazil. Initially presumed to be a hoax, the snake was later found and taken to a university medical center in the area. Though it was relatively easy for the snake to get the cooler down, digesting the meal would have been impossible. The cooler was ultimately recovered, but the beer was determined to be undrinkable since it was no longer cold.
Number Four: Alligator
An unsuspecting group of hikers in Queensland Australia came across a massive fight to the death between a water python and full-grown crocodile—two of the most ferocious predators in the world. The battle lasted for five hours with the snake ultimately winning. The python eventually overtook the crocodile by coiling its body around its legs and suffocating it underwater. After the crocodile had died, the snake uncoiled itself and 10-foot snake then dragged the croc ashore and continued to swallow it whole in front of a group of curious onlookers. Definitely not a sight most people see everyday.
Number Three: Krispy Kreme Donuts
A Florida Krispy Kreme employee was shocked to discover a 10-foot snake nesting in the dumpster behind the store. The snake had been gorging on the discarded donuts from the previous night. Estimates are the snake’s feast consisted of 4-5 dozen of the tasty treats. Experts assume the snake presumably thought the glazed donuts were eggs from another animal. As delicious as that may sound, the snake actually became quite ill and had to be treated as the local animal hospital.
Number Two: Set of Tires
A giant snake in rural Louisiana helped itself to a set of car tires stacked behind a storage shed. The tires were originally reported stolen by the owner and neighbors in the area were initially suspected. Days after the disappearance, the partially digested tires were discovered near the scene of the crime. Although the snake was never found, local animal control agents were able to piece together the mystery. Unfortunately, no one was able to piece together the tires.
Number One: Hippo
When you’re hungry, you’re hungry. And as unbelievable as it may sound, a ravenous snake in Africa was witnessed by fascinated groups of tourists swallowing an entire hippopotamus. The spectacle which lasted for over 8 hours made headlines around the globe. After swallowing the hippo, the snake was too bloated to move to a private spot to finish digesting its meal. Minutes after consuming the hippo, the whole animal was then regurgitated by the snake. Its eyes, in this case, were obviously bigger than its stomach.
Parler Facebook Twitter

On Holocaust Remembrance Day: Silence About Antisemitism Is Allowing People To Forget
The Lid