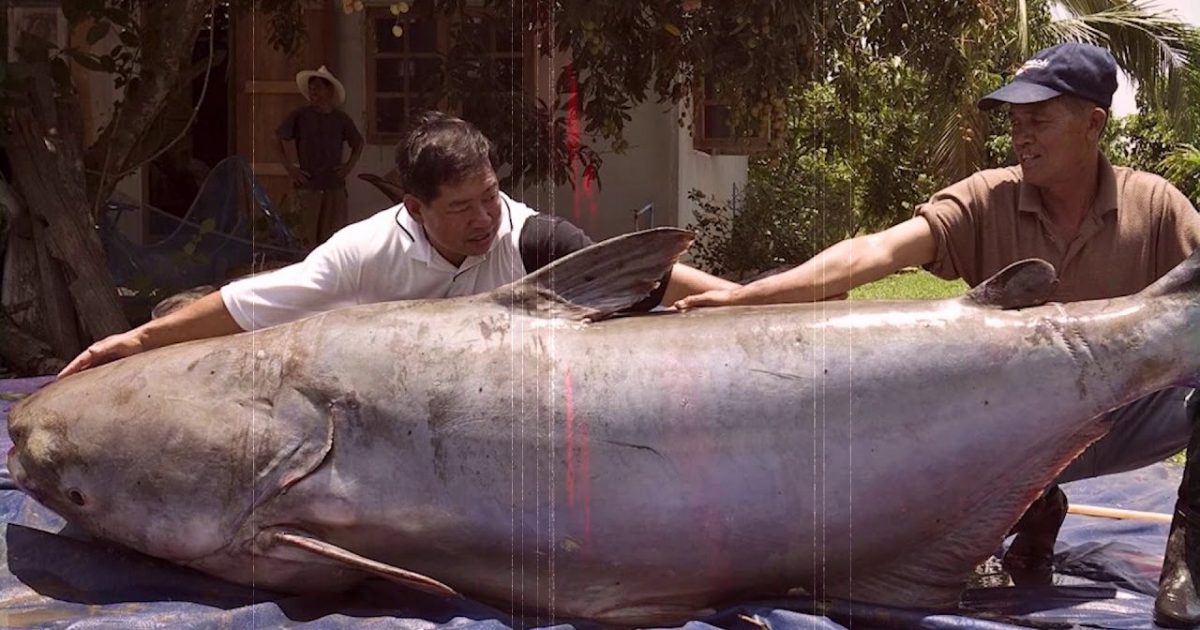 Who doesn’t like a good fish story, better yet, who doesn’t like fishing ? As for myself, there is almost nothing I like better, than to spend the day on the banks of a river , or lake, with a cooler filled with sandwiches and soda and a line in the water.

Now, that doesn’t make me a great, or even a good fisherman, because for whatever reason, the actual ‘catching’ of fish seems to elude me, it doesn’t mean I don’t give it one heck of a good try though, but I digress…the video below is a not only about ‘catching’ fish, but very BIG fish.

Next to actual fishing, I do like to watch videos of men and women catching fish and if you’re like me, I know you’ll absolutely love the video below. In 2015, a TV personality managed to create an exciting episode when he reeled in a stingray that measured 14 feet long, 8 feet wide … and weighed some 800 pounds!

Jeff Corwin, a TV nature conservationist from the US, caught the huge flat fish on the Mae Klong (may klong) River in Thailand. Corwin said it took several hours, with many of the crew rotating on and off the reel.
Analysis showed that the creature was female and pregnant, which helped account for its great size and weight. The catch was later featured on Crowin’s show about ocean mysteries that was broadcast on US television.
Facebook Twitter