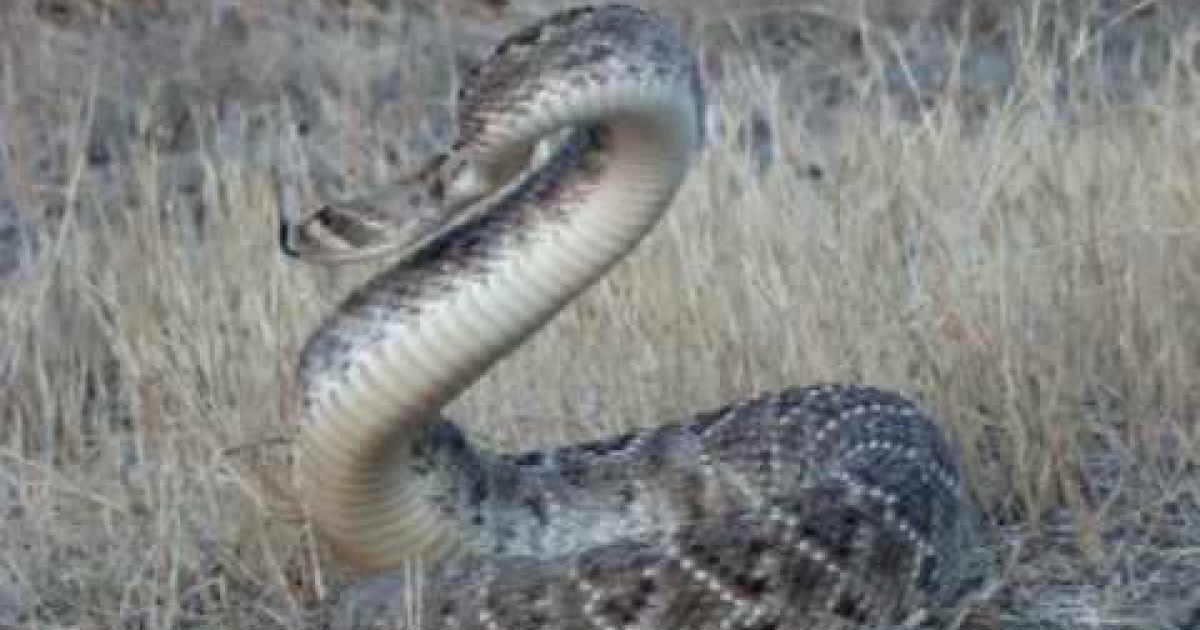 I don’t care who you are, or where you come from, getting a head-shot with a bow on a snake is GOOD SHOOTING !! Rattlesnakes are species of venomous snakes generally called “pit vipers”. The Western Diamondback can exceed seven feet in length, and is the king of our twenty odd species of Southwestern desert rattlers.

The color of this striking snake ranges from brown to gray to pinkish, depending on the shade of its habitat. Its back is lined with dark diamond-shaped blotches outlined by lighter-colored scales. The spade-shaped head is distinguished by two dark stripes, one on each side of its face, which run diagonally, like Zorro’s mask.

The Western Diamondback Rattlesnake ranges from central and western Texas, through southern New Mexico and Arizona, and into southern California. It also extends into central Mexico. This species is not found in Washington state.

The Western Diamondback eats small mammals such as chipmunks, prairie dogs, gophers, ground squirrels, rabbits, mice and rats. The snake will also eat birds within reach. In a matter of seconds, rattlesnakes can leave a fatal bite by injecting venom into its prey.