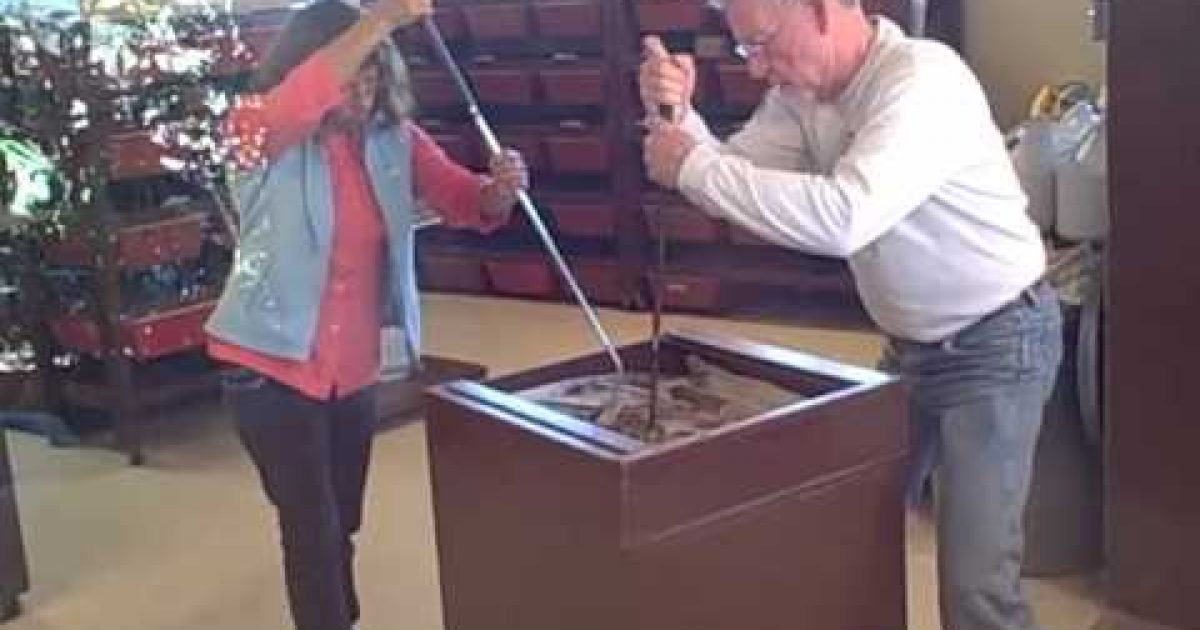 What this video does show (and most importantly) , is that even skilled professionals have to be ULTRA careful when handling these slanderous reptiles. One mistake can mean the difference of life and death, or in Mr. Van Horn’s case, a trip to the emergency room.

Herpetologist George Van Horn was bitten by an Eastern diamondback rattlesnake while extracting its venom during the daily “milking” show at Reptile World Serpentarium in St. Cloud, Fl, on Jan. 13, 2010. George was taken to a St. Cloud hospital for treatment of the bite. It was found out later from the people at the Serpentarium, that Mr. Van Horn is going to be okay. The Serpentarium is a major facility for collecting material for anti-venom treatment.

Reptile World Serpentarium’s unassuming cinder block and stucco building, which opened in 1972, houses an impressive collection (over 80 species) of snakes from around the world, ranging from the familiar and innocuous to the exotic and deadly. Often listed among the top ten deadliest snakes in the world you will find a splendid 13+ foot King Cobra, a beautiful Black Mamba and all four of Florida’s venomous snakes on display. All told, there are six species of cobra and 11 kinds of rattlesnakes. There are also snakes you may never see elsewhere, like the brilliant pea green East African Green Mamba and its less startling but nonetheless beautiful West African cousin. The snakes are housed in modest glass-fronted enclosures along a darkened corridor. Snakes are the main course, but there are also several species of lizards, a Nile Crocodile, a 14-foot male gator (Pete, and yes, he does know his name) lounging in a shallow, sometimes murky pool with his mate (and sometimes their babies), a passel of iguanas and a pond full of turtles as well as some tortoises.