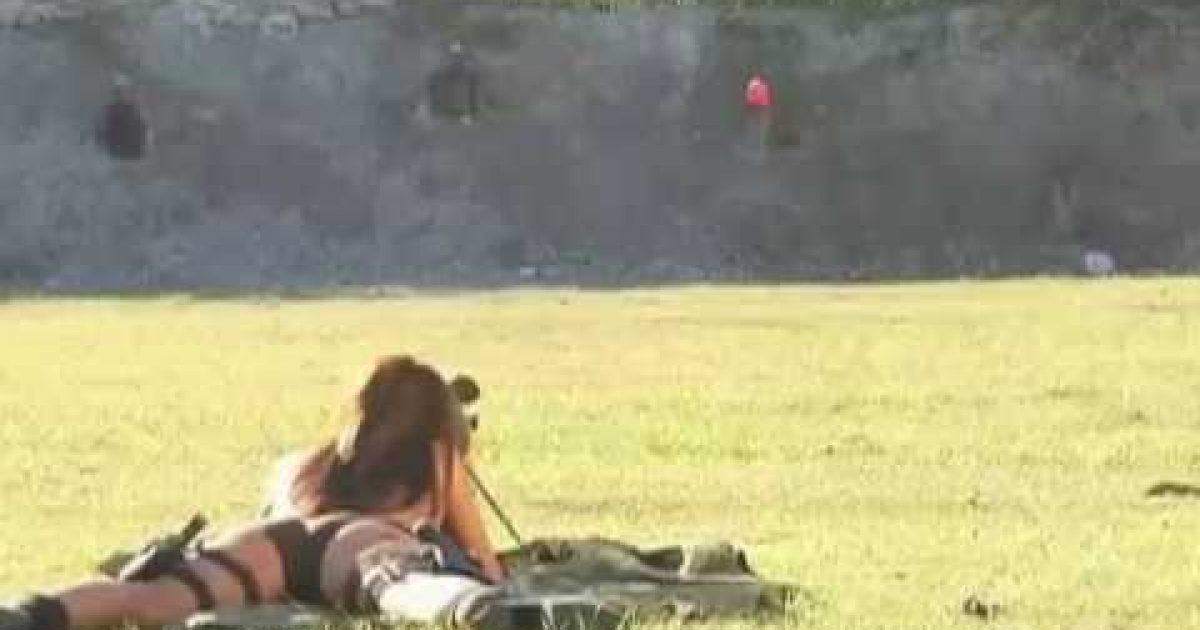 There are two things that most men are really interested in…one is hot girls and second…is guns. But when you combine the two together, well, it’s like taking a trip to “happy fun candy land” (for men at least). In the video below, we see Linnea as she shoots the Barrett .50 cal rifle for the first time and from all appearances, she seems to be pretty good at handling that big bore rifle.

As the first shoulder fired semi-automatic .50 caliber rifle, the Model 82A1 has been carefully honed, studied and then refined again. The result is low felt recoil, self-loading action and accurate firepower that never slows down. We’re glad that Linnea gave it a try, just watching her fire the weapon was an awesome experience all by itself.

The Barrett M82, standardized by the US Military as the M107, is a recoil-operated, semi-automatic anti-materiel rifle developed by the American Barrett Firearms Manufacturing company. It is used by many units and armies around the world. Despite its designation as an anti-materiel rifle, it is used by some armed forces as an anti-personnel rifle. It is also called the Light Fifty for its .50 BMG (12.7×99mm NATO) chambering and significantly lighter weight compared to previous applications.