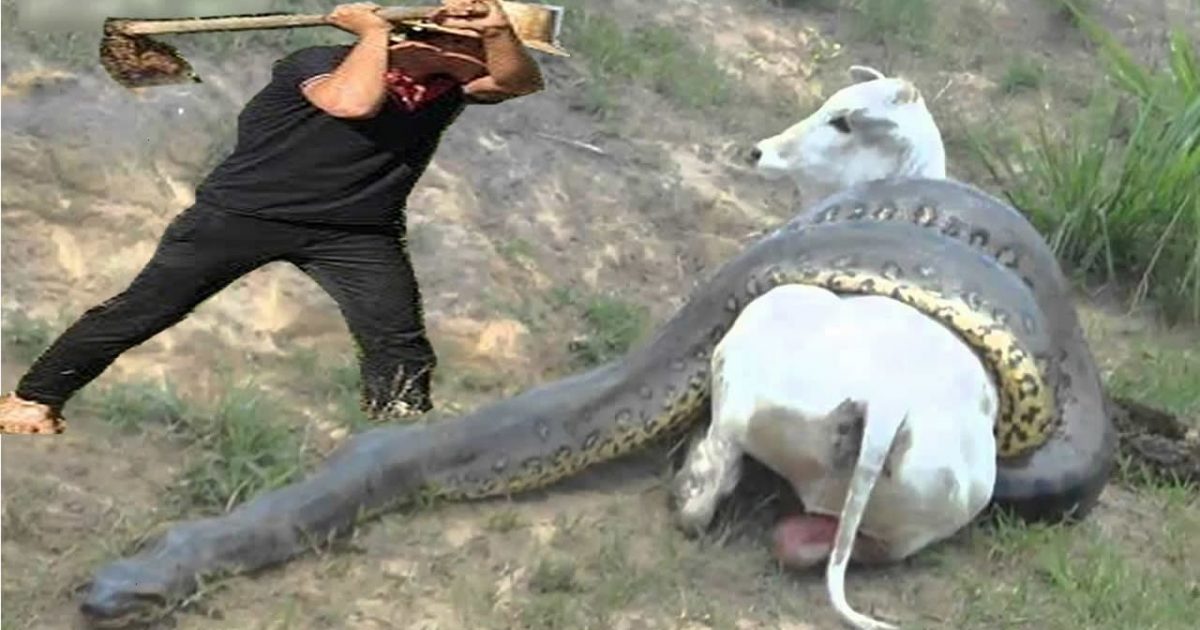 Now before we even start, I want to make one thing abundantly clear- this video is NOT FAKE!! Even though anacondas are opportunistic feeders, this particular one literally tried to bite-off more than it could chew. While there are alot of “fake” videos and photos swirling around on the internet, I assure you, this isn’t one of them. What prompted this snake to attack a cow is not known, since the anaconda is driven by hunger and pure instinct, who can tell, but one thing is for sure, this is one meal that the snake won’t be able to get down it’s gullet.

The name Anaconda (or Eunectes) snake refers to a group of snakes found in the tropical regions of South America. Four species are currently recognized by the name, Eunectes, which means good swimmer. The Green Anaconda (Eunectes murinus) is the most well-known of these four species, and it is usually what comes to mind when you picture the large snake. In fact, it is the largest of the Anaconda family!

Many legends and lore circulate around the length of the Giant Anaconda. The Green Anaconda, or Eunectes murinus, is the heaviest, largest and longest snake in South America, growing up to 5 meters in length (17 feet). In terms of diameter and weight, it’s not only the largest in South America and the Amazon rainforest, but in the World. For length however, the Python takes the title of the longest snake.

During the days of President Teddy Roosevelt, the Wildlife Conservation Society offered a $50,000 reward to anyone who could deliver a live snake measuring over 30 feet in length. The offer terminated in 2002, to discourage people from disturbing these animals from their natural habitats.