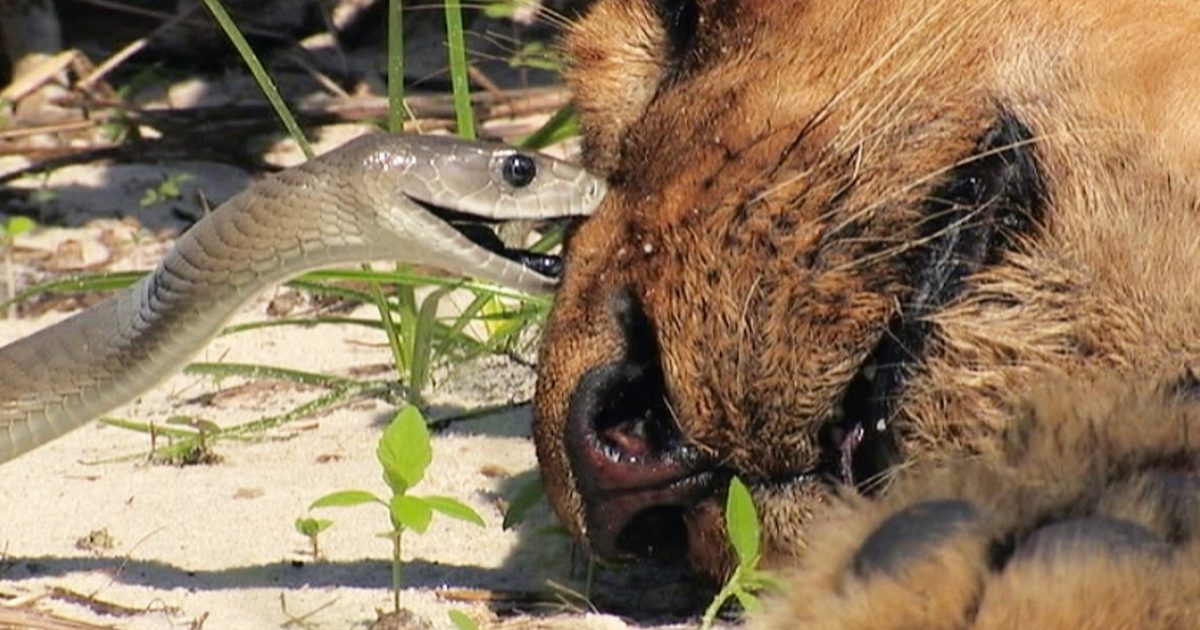 Facebook Twitter
If there is one snake in the world that deserves is terrifying reputation- it’s the Black Mamba. The bite from this snake can kill just about anything and as you will see in the video below, a lioness become’s one of it’s victims. Even after the lion starts to feel the effects of the snakes venom, the black mamba slithers over to the dying lioness and bites her repeatedly.
According to livescience.com:

The black mamba has quite a reputation. It is one of the world’s deadliest snakes. It is the fastest land snake in the world, and “the longest species of venomous snake in Africa and the second longest in the world,” said Sara Viernum, a herpetologist based in Madison, Wisconsin. This snake’s potential danger has been the subject of many African myths and it has been blamed for thousands of human deaths.

The black mamba’s reputation is not undeserved. “Black mambas are extremely toxic and very fast snakes,” Viernum said. They are highly aggressive when threatened, “known to strike repeatedly and [to] inject a large volume of venom with each strike.” Their venom is potentially lethal, and though antivenin exists, it is not widely available in the black mamba’s native habitat of southern and eastern Africa. For this reason, they are considered a top killer in a land where nearly 20,000 people die from snake bites every year, according to PBS’s Nature.