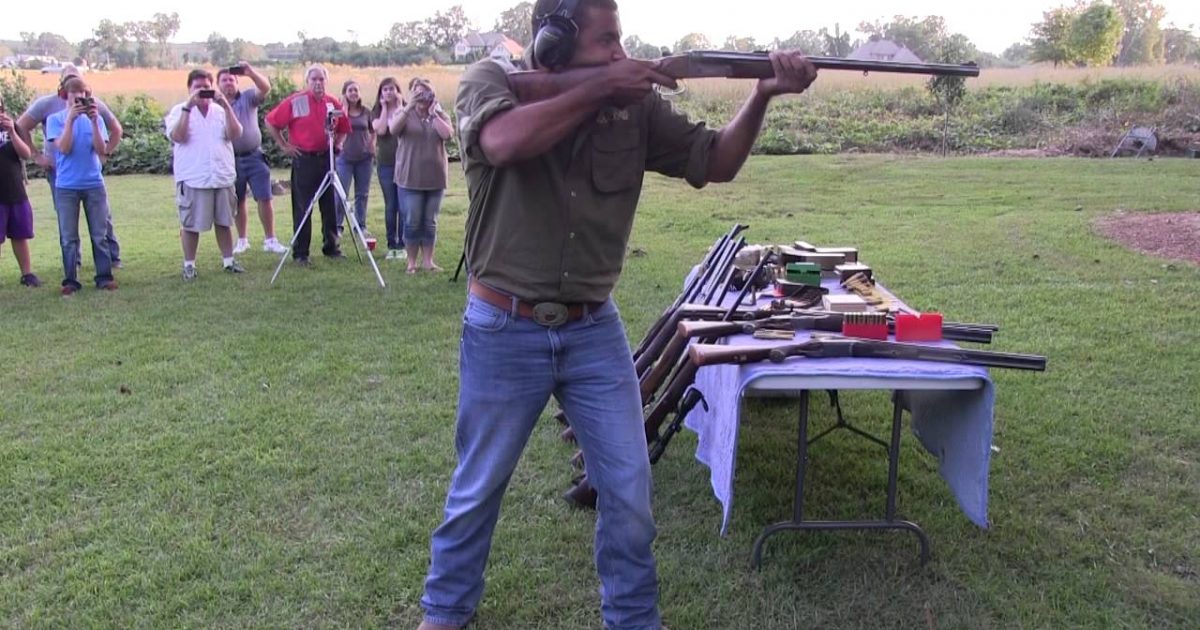 Facebook Twitter
As you can see in the video below, the gentleman getting ready to fire this monster round is taking precautions, firing a round like the .700 Nitro Express is not like shooting your grandpa’s shotgun, if you screw-up, you  probably would break your collar bone.
The .700 Nitro Express (17.8×89mmR) is a big game rifle cartridge made by Holland & Holland, London, England. It was developed in 1988 by Jim Bell and William Feldstein and built by H&H. Feldstein had tried unsuccessfully to get H&H to build a .600 Nitro Express for him, but they had already ceased production.
However, when Bell and Feldstein produced the entirely new .700 Nitro Express cartridge, they were able to attract the interest of H&H, which was looking for a new big-bore cartridge. After production began, the backlog of orders was so great that it continued to 2007 and H&H restarted the production of .600 Nitro Express guns.
57 Rounds of Holland & Holland .700 Nitro Express Ammunition with Wood Cases
Estimate Price: $3,500 – $5,500
The .700 Nitro Express was developed in 1988 by Jim Bell and William Feldstein and helped rekindle interest in large bore rifles. The cartridges are head stamped with “HOLLAND&HOLLAND/700” and come in a wooden box/case with Holland & Holland markings and “.700 H&H/NITRO EXPRESS CARTRIDGES/3 1/2″ CASE 1000 GRAIN SOLID NOSED BULLET”. Each case holds five rounds, and all are full, with the exception of one which contains two rounds and two spent casings. A twelfth hardwood latching hinged case containing five rounds is also included. This case is marked as “LIMITED EDITION” on the interior Holland & Holland label. The .700 Nitro Express is one of the strongest big game cartridges ever conceived and produces nearly four times the recoil of the hard hitting .45-70 Government, having roughly an astounding 8,900 ft/lbs of energy behind it.
Facebook Twitter