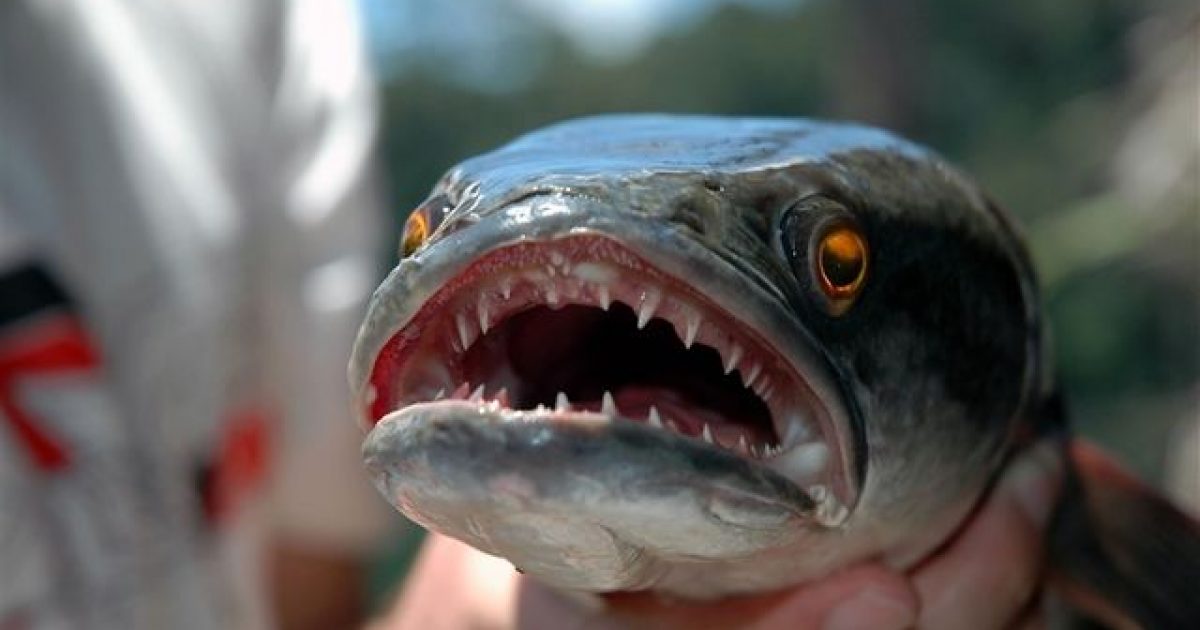 It’s bad enough when some idiot releases non-native reptile species loose in places like Florida, but now we are under attack to the north, with the invasion of the snakesheads. Snakeheads became a national news topic in the United States because of the appearance of Channa argus, commonly known as ‘northern snakeheads’, spawning in a Crofton, Maryland, pond in 2002. Northern snakeheads became permanently established in the Potomac River around 2004.

Besides Crofton and the Potomac, the fish have popped up in several other places in the United States. In 1997, one was caught in a Southern California lake. A couple more appeared in Florida waters in 2000. In Massachusetts, one was caught in 2001 and a second in 2004. And in July 2004, an angler caught two in a lake in a Philadelphia park.

Prior to being added to the list of injurious wildlife under the Lacey Act in October 2002, which banned import and interstate transport without a permit from the U.S. Fish and Wildlife Service, snakeheads were sold in pet stores and in live food fish markets and some restaurants in several major U.S. cities, including Boston, New York, and St. Louis. Live specimens have been confiscated by authorities in Alabama, California, Florida, Texas, Virginia, and Washington where possession of live snakeheads is illegal. Some snakeheads living in natural waters of the U.S. may have been released by aquarium hobbyists or those hoping to establish a local food resource.

Also, some cultures practice “prayer animal release,” a faith-based activity in which individuals purchase, then release, an animal (fish, amphibian, reptile, or bird) to earn merits with a deity. While that practice may be all well and good in parts of Asia, it is destroying our own ecosystems here in the United States. Snakeheads to not tolerate other species and when they lay their eggs, they will viciously attacks any other fish, or animal (human beings included), that gets too close to their nursery.