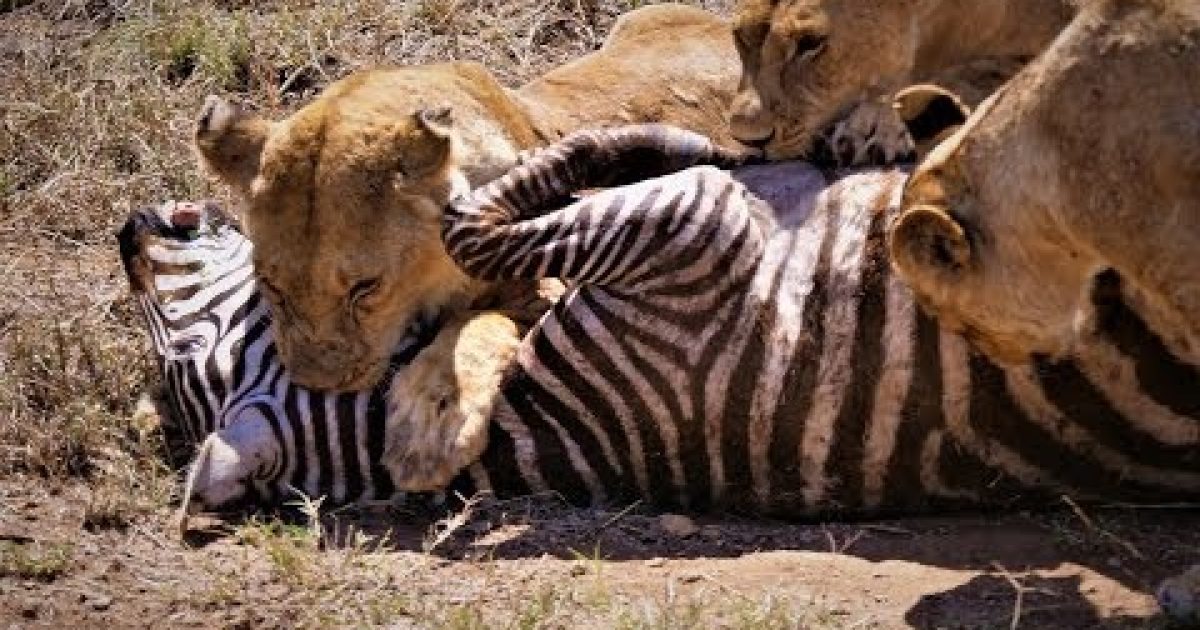 Anyone with a lick of common sense knows that lions are truly gifted and horrifically ferocious killers. Basically, if a lion can sink it’s claws into something…chances are that particular animal is on the lion’s menu. Now, lions have been known to kill other predators, like Cheetahs, leopards, hyenas, wild African dogs and (in some cases) other lions. But those encounters are usually territorial squabbles.

Lions are carnivores, which means they eat meat. They are highly opportunistic hunters that can catch and eat anything from mice to elephants and everything in between. But primarily they eat animals that are about their own size or bigger. The majority of the time, it’s the females are usually the one’s that do the hunting, make the kill and they usually hunt at night.

Their prey has been known to include; antelopes, buffaloes,zebras, young elephants, rhinos, hippos, wild hogs, crocodiles and giraffes. But, they also sometimes eat smaller prey like mice, birds,hares, lizards, and tortoises. Many times over the centuries, human beings have also found themselves on the lion’s menu.

In the video below, we see lions killing everything from donkeys to baboons.They are swift and merciless killers and even though some people would have you believe they are ‘noble’ creatures, like in the Walt Disney film ‘The Lion King’, but they aren’t, they are killing machines built for one purpose and one purpose only.