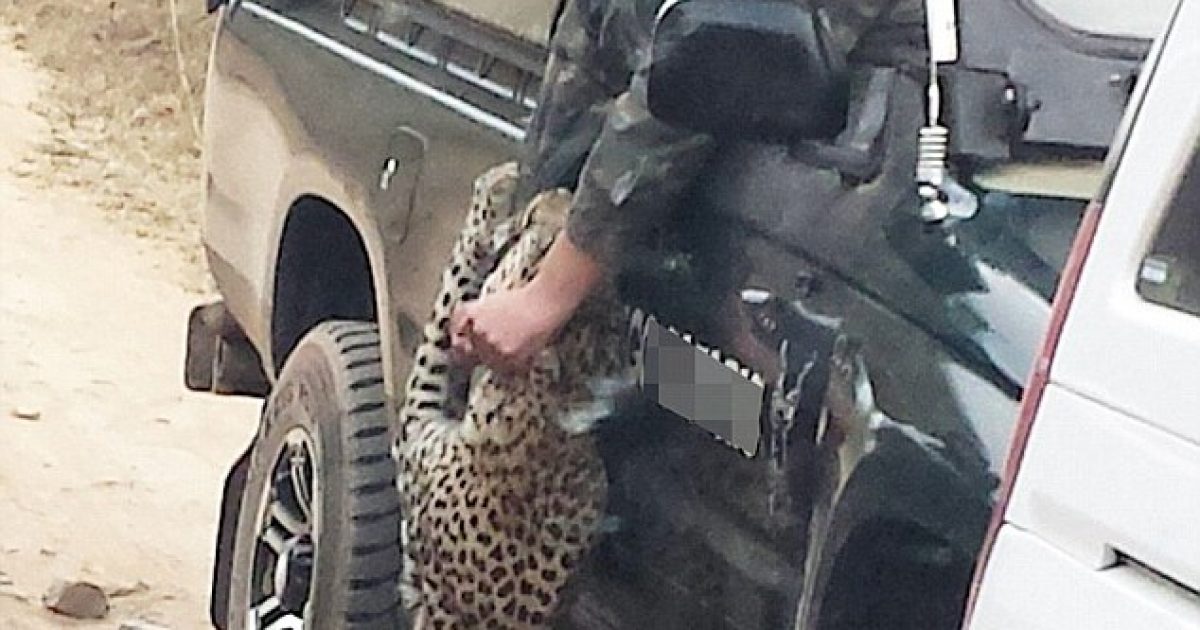 The incident occurred Kruger National Park as the guide drove an open safari vehicle past some leopards. One of the leopards was just 2 meters away when the six to eight people in the vehicle lost sight of it. The leopard had gone around to the driver’s side and jumped at the guide, clamping down on his arm.

I know I’m probably repeating myself when I say this, but ALWAYS KEEP YOUR WINDOWS ROLLED UP when out on a mobile safari.  These animals are wild, not tamed, no matter how “cute & cuddly” they may seem. When a wild animal, like a lion, or leopard see humans hanging out of a vehicle, it’s like ringing the dinner bell.

A leopard jumped up at a car window travelling through a game reserve in South Africa – and the moment the predator struck was captured on camera. The footage, which was shot at the Kruger National Park, shows the big cat wandering out of the trees and walking over towards the vehicle.

At this point the video maker appears to have the car window open and zooms in on the leopard as it makes its way around the vehicle.

British safari tour guide was forced to pull his arm free from the jaws of a leopard when the animal launched a surprise attack on his truck at the Kruger National Park. Curtis Plumb, 38, of Nhongo Safari Tours, sustained deep cuts and bites to his arm, but managed to free himself when tourists began throwing objects at the animal.

The truly sad part, is that the animal was only acting on instinct, trying to get a meal, sadly when something like this happens, the animal is then killed for attacking a tourist.