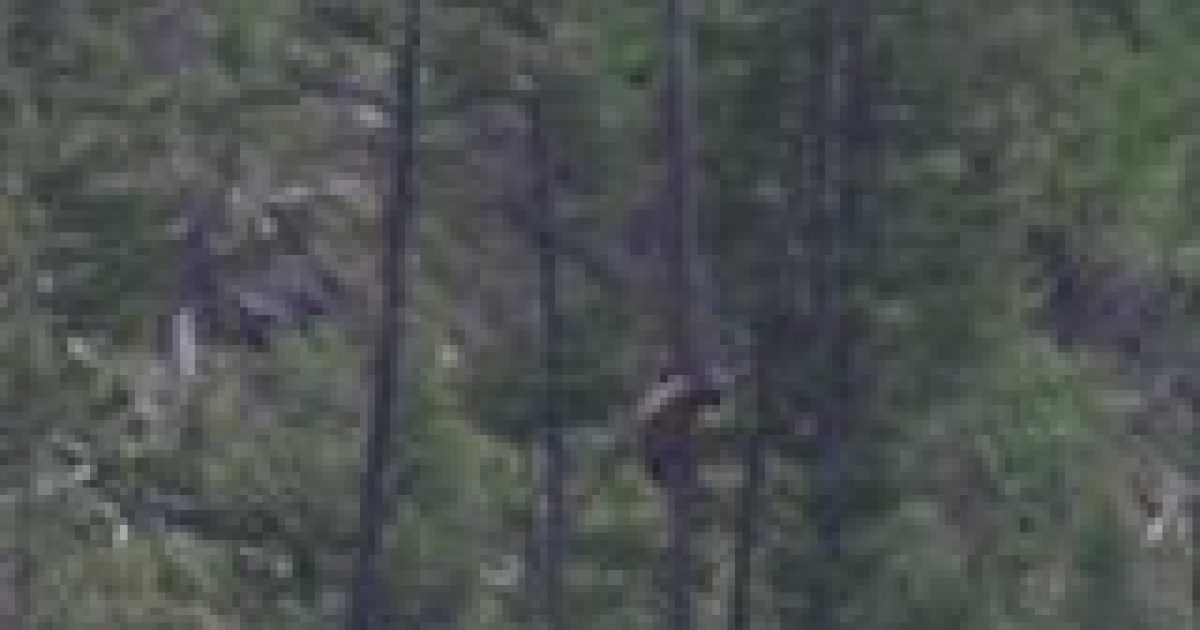 Here is something that you normally wouldn’t see, a mother bear with cubs in tow goes after a male bear and they have a horrific stand-off in a tree, 70 FEET OFF THE GROUND !!

Bears generally live solitary lives, but can be found together during mating season. The average breeding age for female black bears is 3.5 years and for female grizzlies is 4.5 years. Males reach sexual maturity at roughly the same age as their female counterparts. Even though males are capable of breeding at three or four years of age, they rarely have the opportunity to do so because of intense competition from older, bigger males. The biggest bears in the population tend to be the most prolific breeders. Not only are male bears promiscuous, but females often have more than one mating partner.

Mother bears tend to be affectionate, protective, devoted, strict, sensitive and attentive toward their cubs, raising them to an age where they can survive on their own. Depending on food abundance, mothers (especially grizzlies) may keep their yearlings a second (even a third) year, denning together again and breaking up in the third (or fourth) year.

It’s heart-breaking to watch a mother break up her family. The cubs are completely distraught. Stressed and frightened, they whine and whimper in disbelief. The mother that protected and cared for them just yesterday has cast them aside. Mothers will tenaciously reject their offspring if they try to return. Alone and vulnerable, siblings will often stay together for some time after their mother leaves them, eating and sleeping side-by-side, and even denning together.

But while mother’s have their cubs in tow, lord help anyone (or anything),  who even accidentally gets too close, as you’ll see in the video below.

Via: ViralHogRare footage of a Mother Bear protecting her cub in the wild.

Posted by Appreciate on Tuesday, January 8, 2019