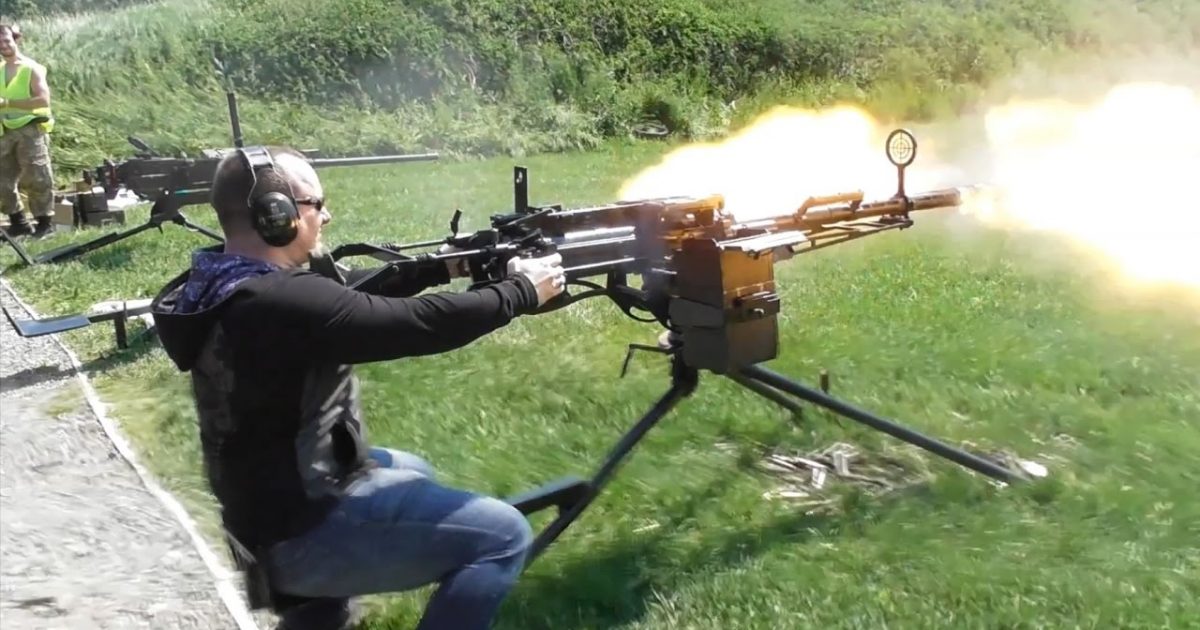 Say what you will about Russian/Soviet firearms. They’re not ‘pretty’, but they do function and by any standard, they’re certainly bass-ass. The majority of these weapons were made so that any functioning idiot could operate them.

The KPV-14.5 heavy machine gun (KPV is an initialism for Krupnokaliberniy Pulemyot Vladimirova, in Russian as Крупнокалиберный Пулемёт Владимирова, or КПВ) is a Soviet designed 14.5×114mm-caliber heavy machine gun, which first entered service as an infantry weapon (designated PKP) in 1949.

In the 1960s, the infantry version was taken out of production because it was too big and heavy. It was later redesigned for anti-aircraft use, because it showed excellent results as an AA gun, with a range of 3,000 meters horizontally and 2,000 meters vertically against low flying planes.

It was used in the ZPU series of anti-aircraft guns. Its size and power also made it a useful light anti-armor weapon on the BTR series of vehicles and the BRDM-2 scout car.

The 14.5×114mm (.57 Cal) is a heavy machine gun and anti-materiel rifle cartridge used by the Soviet Union, the former Warsaw Pact, modern Russia, and other countries.

It was originally developed for the PTRS and PTRD anti-tank rifles, but was later used as the basis for the KPV heavy machine gun that formed the basis of the ZPU series anti-aircraft guns that is also the main armament of the BTR series of armored personnel carriers from the BTR-60 to the BTR-80 and for heavy anti-material sniper rifles.