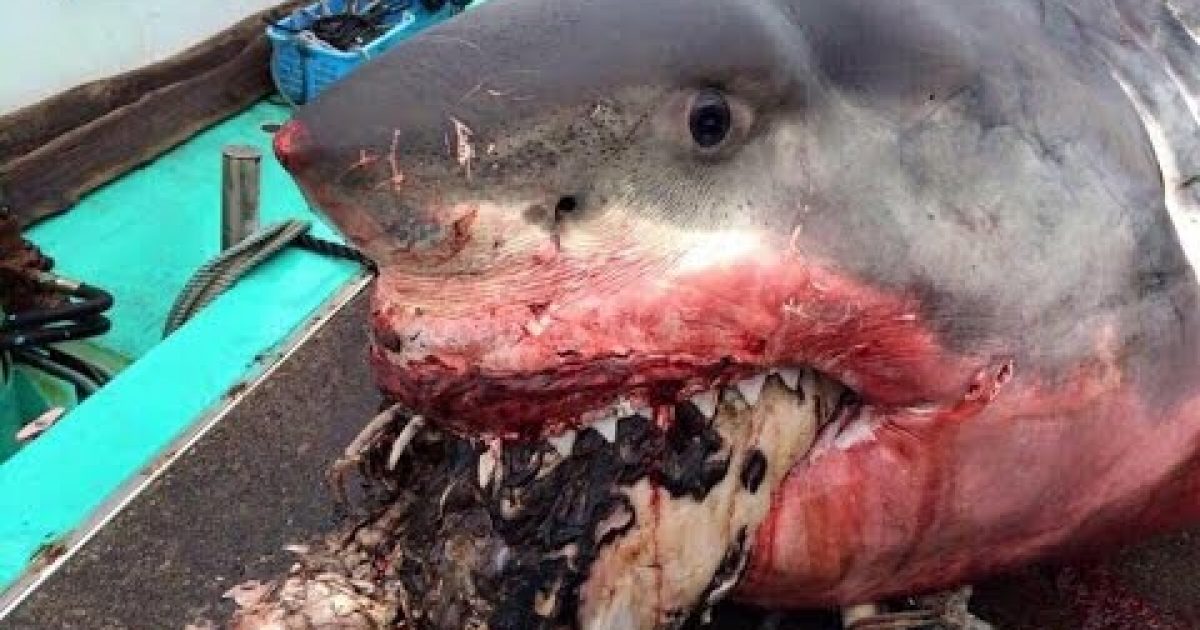 Sharks are opportunistic feeders, but most sharks primarily feed on smaller fish and invertebrates. Some of the larger shark species prey on seals, sea lions, and other marine mammals. Sharks have been known to attack humans when they are confused or curious.

You will be amazed by what these people found inside a shark stomach. The Mako Shark, also called Isurus in the scientific community, is an incredible and extremely fast beast. Today, there are only two living species of Mako remaining. They are called the Longfin Makos and the Shortfin Makos.

The largest is the Longfin with a length of about 4.5 meters (14ft) and adults weigh in around 170 kilograms (375 pounds). Shortfin sharks are usually about half this size and weight. Both species are easily identified due to their strange (and mean looking) teeth. These teeth are visible even when their mouths are closed. For simple identification, the Mako tends to look like a smaller version of the Great White Shark.

This shark loves jumping out of the water (also called ‘breaching’). Shark Breaching is one of the hunting techniques that great white sharks use to surprise and kill its prey. They breach with such force and explosive energy that it propels the shark right out of the water.

Scientists still aren’t sure why they do this, but it’s theorized that they are searching for prey over the water surface. Human Interaction The largest threat to this animal, like so many other shark species, are humans. They frequently get caught in fishnets and are sometimes caught by commercial fisheries for fins, oil, teeth, and the shark skin.