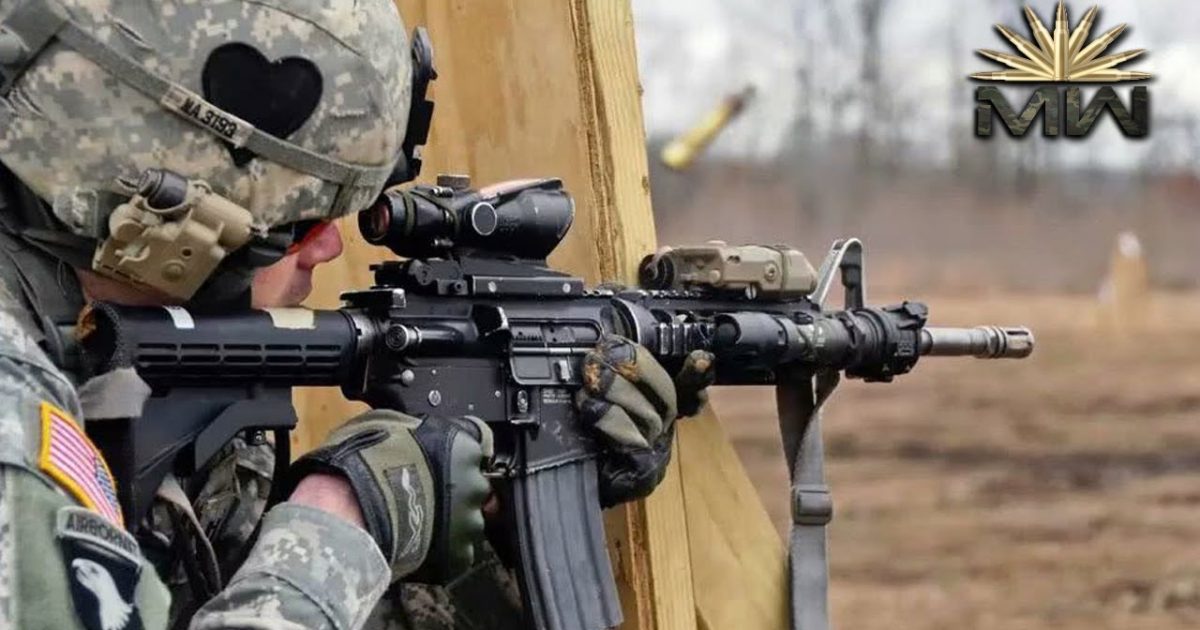 Facebook Twitter
The one thing I just love about the Military Channel is; they produce some great (and informative) videos. Since I fall into the “old-timer’s” category (having enlisted in the U.S. Army back in May of 1975), I never had the pleasure of firing the M4 carbine, but instead was issued the  M16A1 and during the next half decade, that weapon served me well. I had no complaints, I kept it clean and used short, controlled, 3 round bursts when firing it on fully automatic. Some of my buddies complained about the rifle jamming, but I never seemed to have that problem.
According to Wikipedia :
“The M4 carbine is a shorter and lighter variant of the M16A2 rifle. The M4 is a 5.56×45mm NATO, air-cooled, Stoner expanding gas system (commonly misidentified as direct impingement),[citation needed] gas-operated, magazine-fed carbine. It has a 14.5 in (370 mm) barrel and a telescoping stock.
The M4 carbine is extensively used by the United States Armed Forces and is largely replacing the M16 rifle in United States Army and United States Marine Corps combat units as the primary infantry weapon and service rifle.
The M4 is also capable of mounting the M203 and M320 grenade launchers. The distinctive step in its barrel is for mounting the M203 with the standard hardware. The M4 has semi-automatic and three-round burst firing modes (like the M16A2 and M16A4), while the M4A1 has semi-automatic and fully automatic firing modes (like the M16A1 and M16A3).”
But I’m sure that there are alot of you younger Veterans that already knew this stuff and since alot of you younger guys (and gals) used this weapon in combat, there’s nothing to teach you about this rifle.
So, this article and video is for the “old guys” like me  and also for those “Class of 68” members.