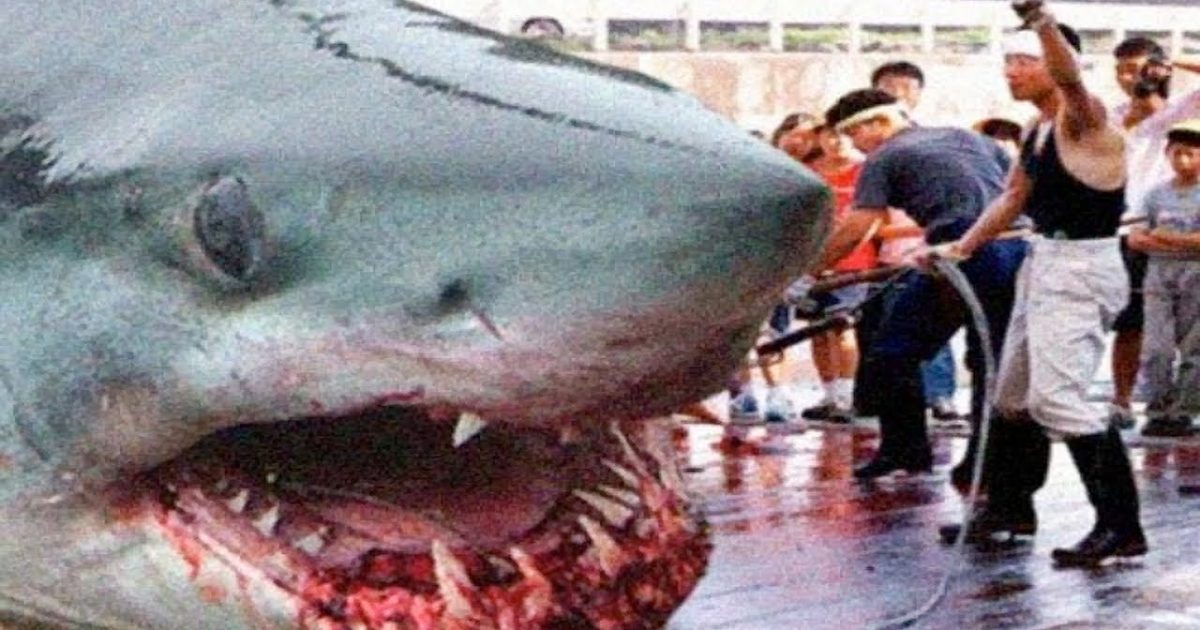 If there is one thing that everyone who is a regular at the beach, either swimming, or surfing in the open ocean fears; it’s the possibility of a shark attack. And the one species who can be found in both, the Atlantic and the Pacific oceans- is the Great White Shark. These animals have been sighted off of the New England coast, as well as in the waters of the San Francisco Bay. They are migratory animals that swim thousands of miles  all over the earth.

In the video below, we can see just how large these sharks can grow to. And while there are other species that can get almost, but not quite as large, it’s the Great While that seems to terrify us the most.

The Great White first gained celebrity in the mid 1970’s with the release of Peter Benchley’s novel “Jaws”. But it wasn’t until 1975 (one year later), that Steven Spielberg released the movie of the same name. And that’s when things started to turn ugly for the Great White. People all over the world went on a sort of “hunting frenzy’ for these animals and thousands were needlessly caught and killed.

Since that time, calmer heads have prevailed and now the Great White is a “critically endangered”, endangered, or vulnerable species. Although not a listed, or candidate species under ESA, the white shark is protected under several federal laws, regulations, and management efforts.

And speaking as someone who has lived for the last 60-plus years, I’m glad that we are taking steps to prevent the wholesale slaughter of these magnificent animals. The Great White truly is an evolutionary wonder, it’s the perfect predator and has been on the planet millions of years longer than human beings and who’ll  probably be here long after people are gone.

So, sit back from the safety of your smartphone, or desktop computer at home and enjoy the video below