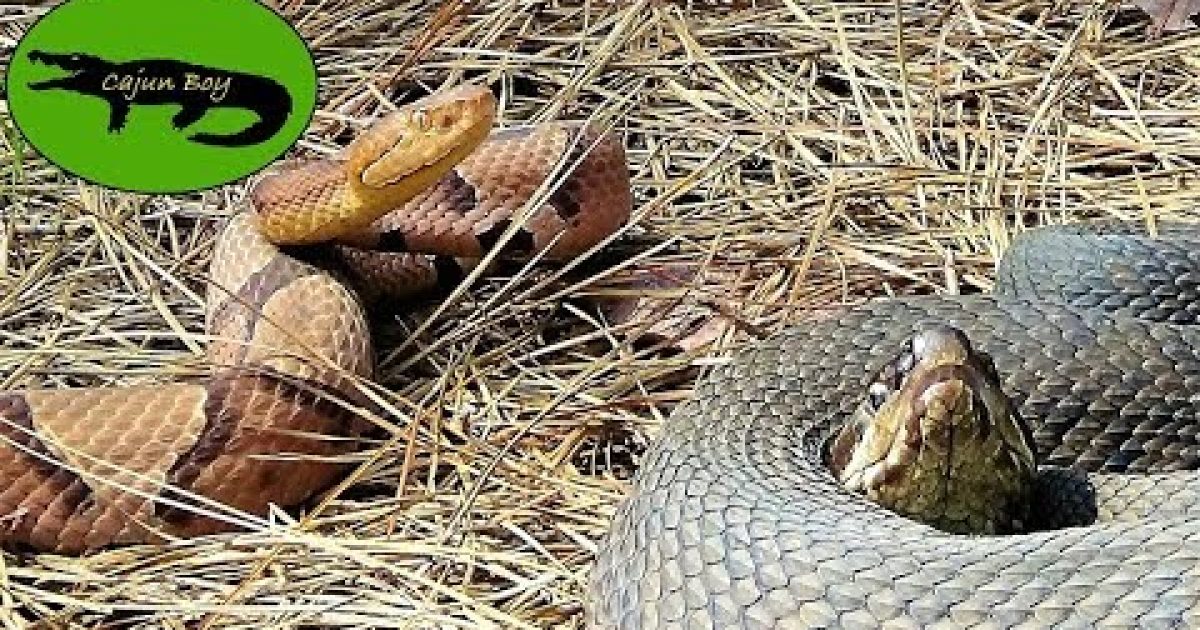 If you are a resident of the southeastern United States, then you are used to seeing the Cottonmouth and the Copperhead and you know well enough to leave these two snakes alone. Even though there is anti-venom available and even though there is the possibility that a fatal bite could happen, the chances are you’ll survive (but you won’t soon forget the experience).

“The water moccasin, North America’s only venomous water snake, has a distinctive blocky, triangular head; a thick body; and a dangerous bite. Water moccasins rarely bite humans, however, and only attack when threatened. They are semiaquatic, so they’re happy both swimming in water and basking on land in their native range in the southeastern United States.

Both “water moccasin” and “cottonmouth” are common names for Agkistrodon piscivorus, according to Sara Viernum, a herpetologist based in Madison, Wisconsin. “The name ‘cottonmouth’ comes from the white coloration of the inside of the snake’s mouth,” she said. Other local names include black moccasin, gaper, mangrove rattler, snap jaw, stub-tail snake, swamp lion, trap jaw, water mamba and water pilot.”

“Copperhead snakes are some of the more commonly seen North American snakes. They’re also the most likely to bite, although their venom is relatively mild, and their bites are rarely fatal for humans.

These snakes get their name, fittingly, from their copper-red heads, according to the biology department at Pennsylvania State University. Some other snakes are referred to as copperheads, which is a common (nonscientific) name. Water moccasins (cottonmouths), radiated rat snakes, Australian copperheads and sharp-nosed pit vipers are all sometimes called copperheads, but these are different species from the North American copperhead (Agkistrodon contortrix).”

So, sit back and join Cajun Boy (Zachary Gray) as we explore through the southern United States, in search of two very famous venomous pit vipers!