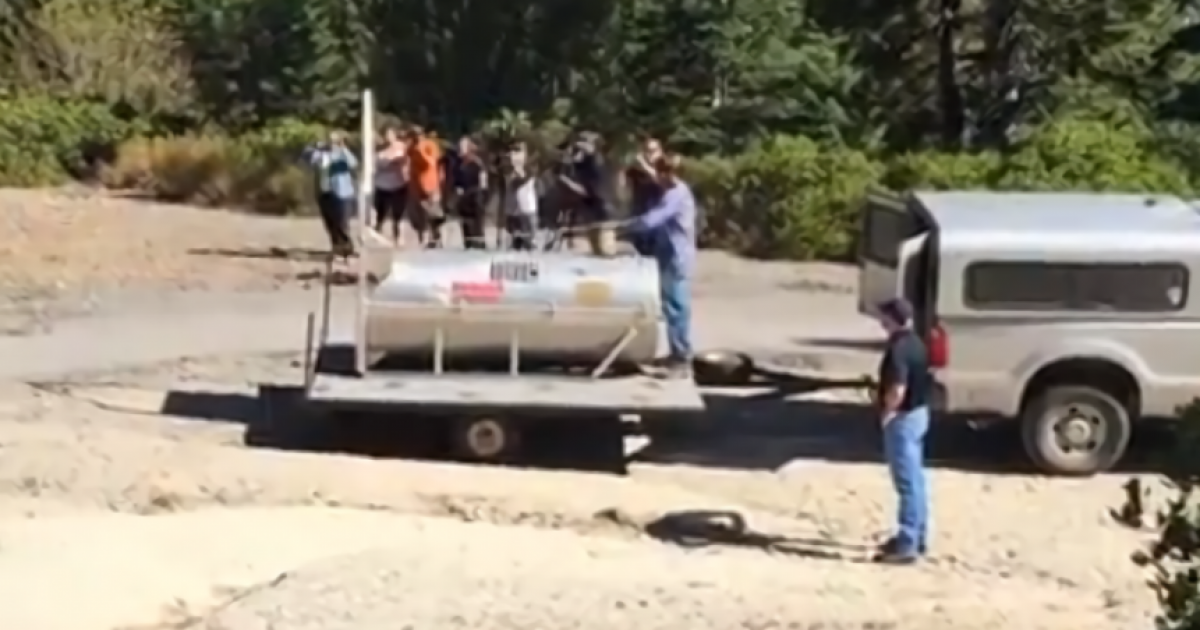 There are SO MANY things I could say about this, let me first state what I believe to be the most obvious; there were TOO MANY DAMN PEOPLE THERE !! I mean, what MORON allowed all of those civilian’s there in the first place??

There is a reason why a bear release should be kept quiet and this video is proof of that. The folks in this video are lucky as hell that no one was harmed by this bear, it could have gone sideways very quickly.

Bears are apex predators here in the United States and with good reason.  A black bear can weigh as much as 600 pounds and a brown bear can be twice that size. These animals may seem “cute and cuddly” to some, but make no mistake, they can rip your head off of your shoulders.

The bear(s) in the video below were captured in a populated area, tranquilized and transported to a place where there should have been no humans, well except for the ‘party’ to watch their release. She and her cub were obviously confused and pissed-off  and could have injured, or even killed anyone who got too close. A pissed-off sow protecting her cubs can be twice as dangerous as any boar you are un-lucky enough to come into contact with.

Like I said, the idiots in the video were very lucky nobody was hurt.

Watch the video by clicking HERE

In a news article published by ANCHORAGE (KTUU) :

“Most years, there are three fatal bear attack incidents on the continent, per year. But on average, this number decreases to 2.56 fatal incidents, per year. So far, the greatest number of fatal attacks to occur in any one year was in 2005, at six incidents. Rarely, lone black bears or brown bears may perceive a person as potential food. Fight any bear that has been calmly focused on you and makes contact or that breaks into a tent or building. In almost all situations, your best defense against an attacking black bear is to fight back. Concentrate on the bear’s face or muzzle with anything you have on hand.”

If you still need a reason to not get too close to these animals, then try to pet one and see what happens.