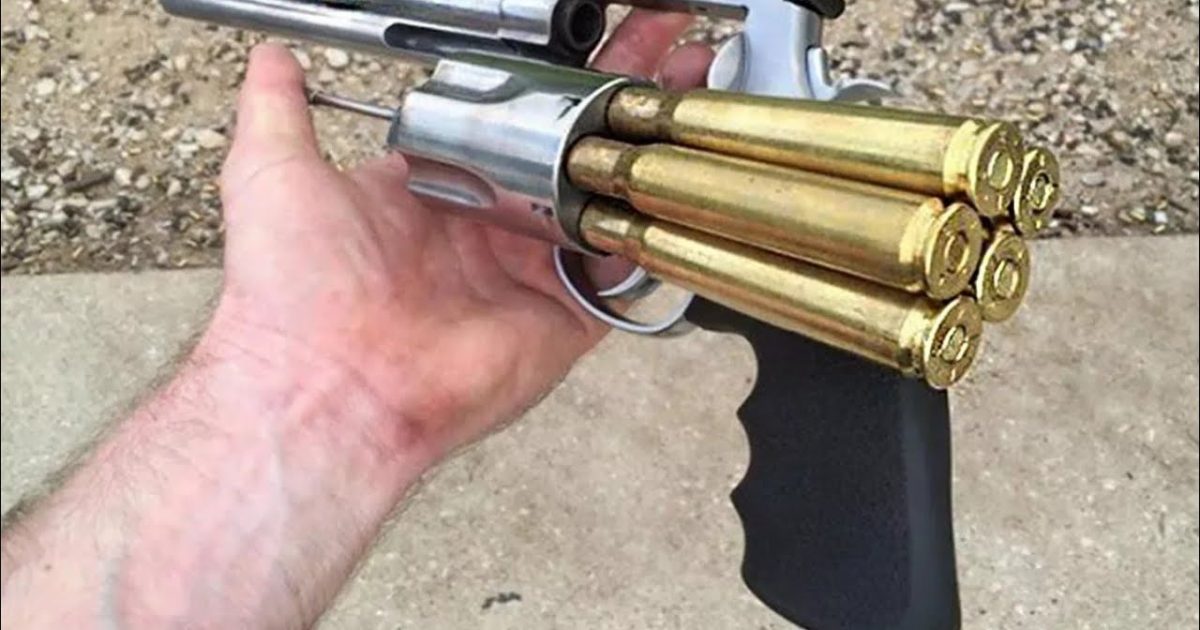 If you’re like me, you just love a nice new handgun and in some cases, the bigger the caliber, the better. In the video below, we take it up a couple of notches and showcase 7 of the most powerful (and dangerous) handguns in the world.

No man would ever want to admit to another man, that if handed one of the weapons shown in the video, that he wouldn’t want to fire it because it was just too darn “big and scary”. Well maybe your average snowflake would…but like I said, no REAL man would say; “No Thanks that thing is just too darn big”.

He did leave a description beneath the video and here it is:

Hello everyone. As it turns out, there are people who really need a super-powerful, super-expensive and ultra-dangerous gun! One that would fit in their pocket and is able to one-shot their victim hiding next door. Shooting with such guns is dangerous not only for those who are shot, but for the shooter himself! Broken hands and hearing loss – that’s the price for such a high striking ability!

What ever the case, some of these handguns really are “over the top’ in size and power. I suppose, that one might want one for personal protection in-case of a break-in by a burglar….4 houses down the street. THAT’S how powerful these hand cannons are.

Enjoy the video and please feel free to leave your comments below, I’d sure like to read them.