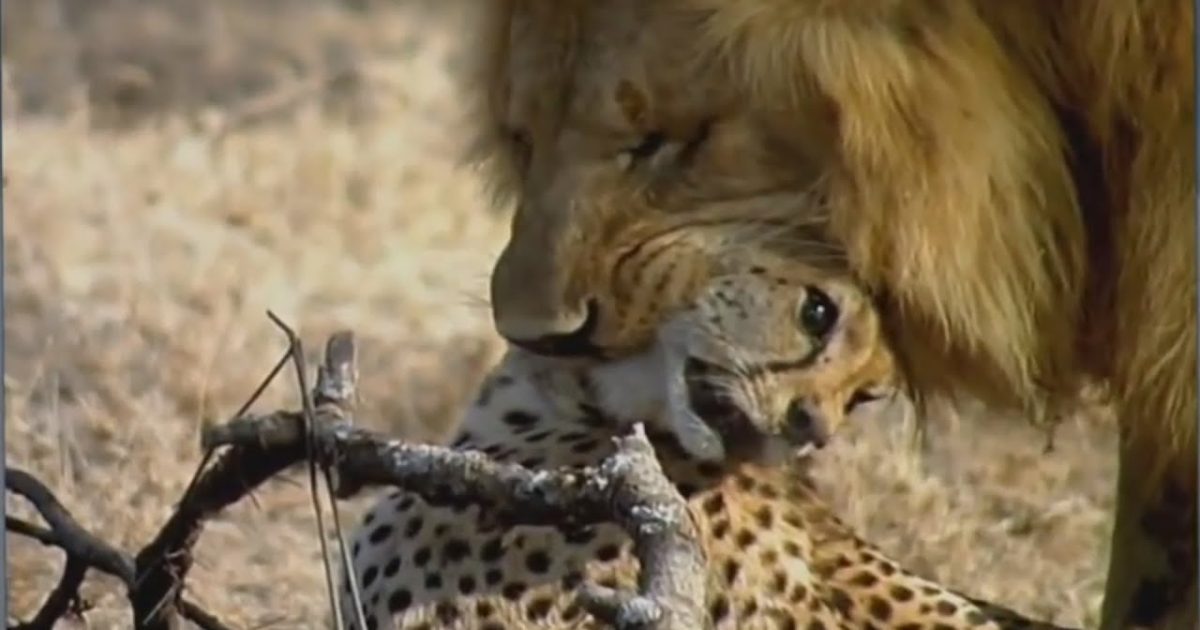 ‘Real life’ isn’t like some Walt Disney cartoon and in the wild, some animals pay for their mistakes with their lives. Male lions are extremely territorial beasts and they defend that territory with brutal and bloody efficiency.

When it comes to cheetah’s and lions, there’s no contest…and that’s why cheetah’s usually steer clear of a lions territory. The cheetah in the video below, paid for it’s mistake with it’s life. Lions are the apex predators on land in Africa and that’s a fact.

There is no description that goes along with the video, so all of this is just guess work on my part. But I’m thinking that, since I don’t see any female lions in the video, I think the two male lions were patrolling their turf and caught the cheetah off-guard. Normally, a cheetah can out-run a lion on open ground.

But like I said, from all appearances the cheetah was caught sleeping and there was no time for it to really react and get the heck out of there.

According to a article written at sciencenews.org :

Top predators like lions keep mesopredators in line. Direct aggression is the most obvious method used — a lion might harass a cheetah, steal an African wild dog’s meal or kill either one, though probably not to eat. The threat of such actions creates what scientists call a “landscape of fear.” And that fear is another way mesopredators are kept in check as the smaller animals take action to avoid the top predator’s threatening advances.