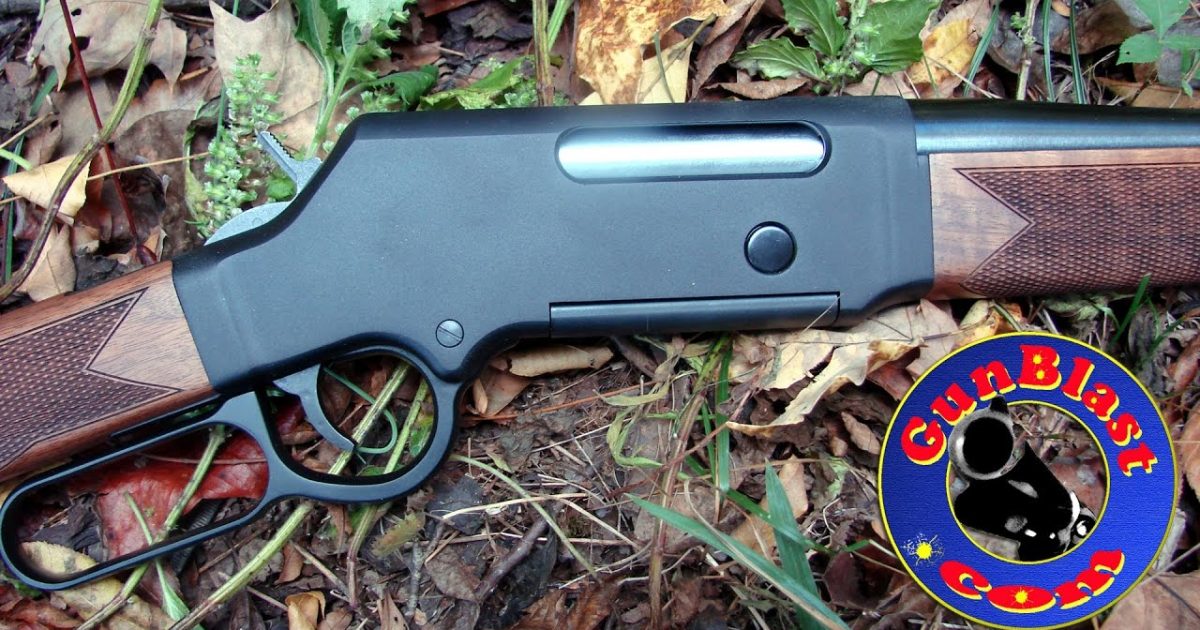 Being that I’m always on the lookout for a good hunting rifle, it seemed natural to give the Henry Repeating Arms Company a look to see what they had. Since they make some of the best lever action rifles in the world, it just makes sense to give their “Long Ranger”  a look. Even though it’s a lever-action, they added some different calibers for this particular rifle, as to attract serious hunters. These calibers are: .223 Remington, .243 Winchester and the .308 Winchester. All good rounds for different types and sizes of game. This particular rifle also comes with, or without sights. It also comes with a detachable box magazine.

The rifle is definitely not your Grandpa’s Henry, the Long Ranger retains traditional lever action operation with exposed hammer and forged steel lever, but updates it with a geared action that drives a machined and chromed steel bolt with a 6-lug rotary head into a rear extension of the barrel for a strong and consistent lock-up from shot to shot to shot. Even though this rifle is a little on the expensive side, you are getting a good, solid firearm that you’ll want to pass on down to your grandchildren.

I’ll place the stats of the .308 Winchester beneath the video, so you can check them out for yourself after you’re done watching it.

Here’s what the folks at Henry had to say about this rifle:

With side ejection and a lightweight aerospace alloy receiver, the top is drilled and tapped for scope mounts, and the bottom features a steel-bodied flush-fit detachable magazine (5-round capacity in .223, 4-round in .243 and .308) with a steel floorplate and a blackened steel release button on the right side of the receiver. All behind a 20” round and blued free-floated sporter barrel, and supported by a two-piece oil-finished American Walnut stock with precise laser-cut checkering, sling swivel studs, and a solid black rubber recoil pad for both recoil control and non-slip anchoring on the shoulder for the rapid follow-up shots where lever actions excel.

This is the Best-In-Class levergun that leaves many bolt actions in the dust. If you’ve ever passed up a lever in favor of a bolt because of accuracy doubts, then doubt no longer. We didn’t pick the Long Ranger name out of a hat; if you need a tight-shooter that’ll reach out there, this rifle delivers. From coyote to whitetail to bear, the new Long Ranger is a logical evolution in lever action technology as America’s contribution to classic firearms design, and it has you covered from hardwood forest to sagebrush flat in a trim, quick handling, and dependable 7-pound rifle you’ll be happy to reach for as you head out the door.