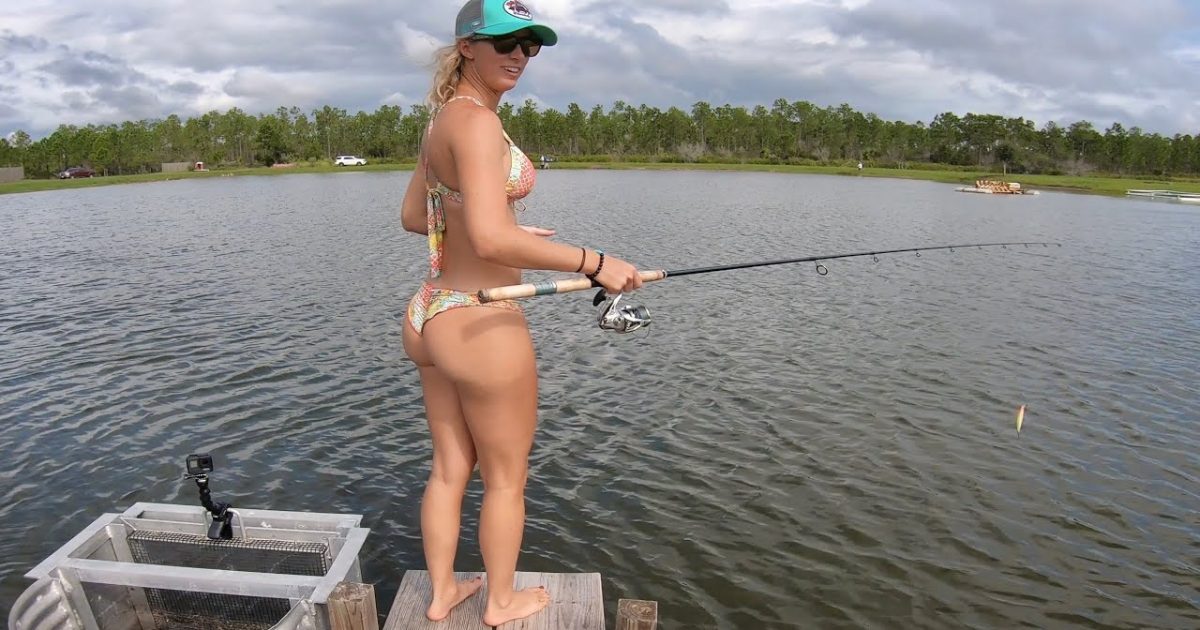 I really like when Vicky Stark produces a new video, aside from the eye-candy factor, this girl really knows how to fish. I live in the northwest and if Vicky lived here, she’d be wearing alot more clothing, but the fishing would still be (and is),  pretty good. For those of you who aren’t familiar with Vicky Stark, she has gained celebrity not only as a instagram model, but also as a very good ‘fisherman’ (wrong pro-noun sorry).

Here is a little bit about her:

“Vicky Stark became an internet sensation for her posts on Instagram catching giant fish on the coast of Florida wearing bikinis. In 2016, she posted her first fishing video, but she had a passion for fishing since her childhood. After a year, the Daily Mail featured her on their website, sharing news about her fishing and prominence on Instagram.”

Now, in case you aren’t familiar with the Barramundi, wikipedia has this to say:

“The barramundi or Asian sea bass, is a species of catadromous fish in the family Latidae of the order Perciformes. The species is widely distributed in the Indo-West Pacific region from South Asia to Papua New Guinea and Northern Australia. The fish is known as pla kapong in Thai and as bhetki in Bengali.”

So, now that you are up to speed about our host and her intended catch, just sit right back and enjoy the show.