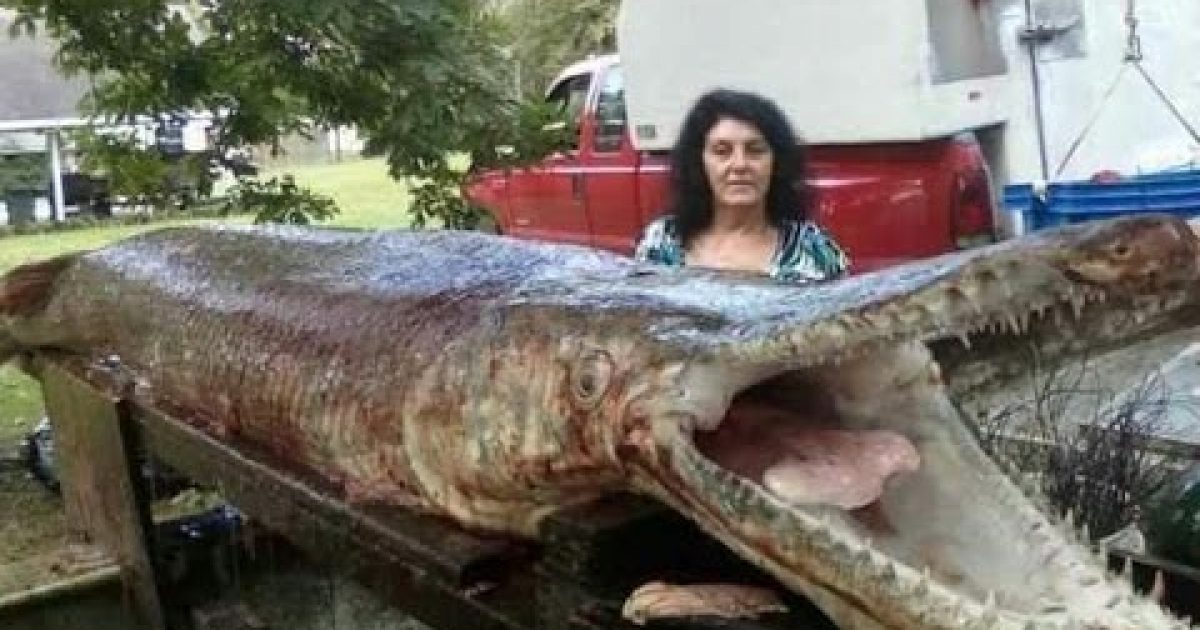 Facebook Twitter
Unless you’ve never lived in the southern part of the United States of America, chances are you’ve never come into close proximity with the Alligator Gar. The Alligator Gar is a fish that derives it’s name from the reptile it resembles…the American alligator. In the video below, we’ll show you this honest to goodness river monster up-close and personal. These fish can get quite large and they have a very long lifespan.
There are some who fish for them purely for sport, while others have developed a taste for this prehistoric river monster, myself personally, I have never eaten the alligator gar. Where I live in the Pacific Northwest, we have our own river monsters that have been around almost as long as the Gar have, the Pacific Sturgeon.
Alligator gar are ray-finned euryhaline fish related to bowfin in the infraclass Holostei. The fossil record traces their existence to the Early Cretaceous over a hundred million years ago. They are the largest species in the gar family, and among the largest freshwater fishes in North America. Gars are often referred to as “primitive fishes”, or “living fossils” because they have retained some morphological characteristics of their earliest ancestors, such as a spiral valve intestine which is also common to the digestive system of sharks, and the ability to breathe both air and water.
Their common name was derived from their resemblance to American alligator, particularly their broad snout and long sharp teeth. Anecdotal evidence in several scientific reports suggest that an alligator gar can grow up to 10 ft in length and weigh as much as 300 lb; however in 2011 the largest alligator gar ever caught and officially recorded was 8 ft 5 1⁄4 in long, weighed 327 lb, and was 47 inches around in girth.
Facebook Twitter