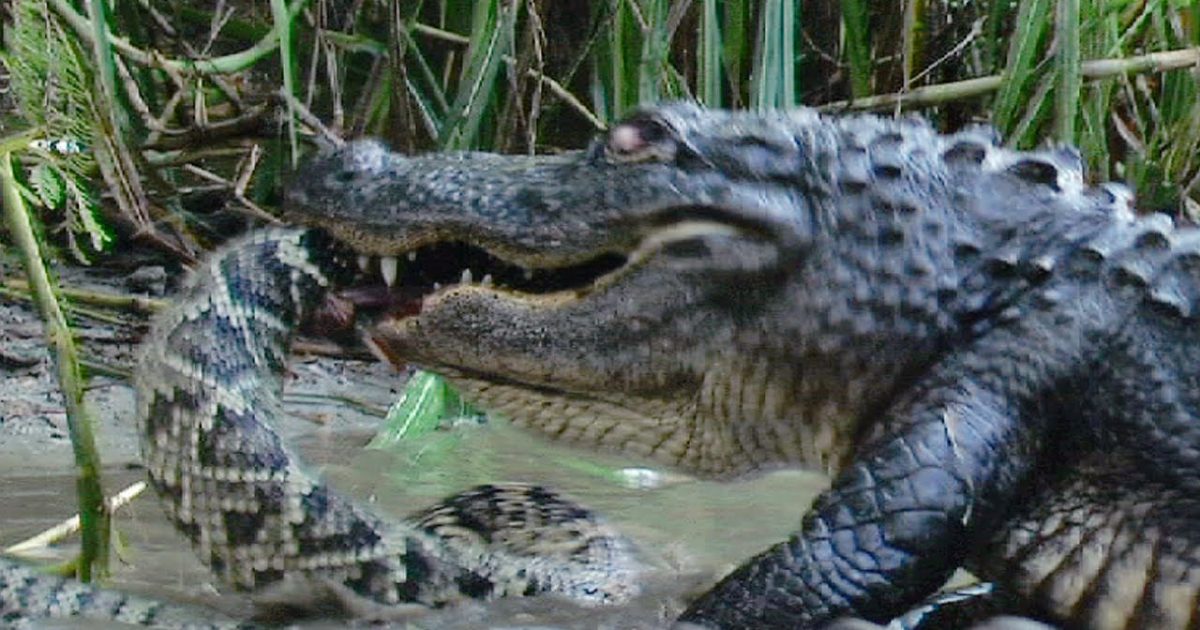 They kill their prey with a venomous bite. All rattlesnakes possess a set of fangs with which they inject large quantities of hemotoxic venom. The venom travels through the bloodstream, destroying victim’s tissue and causing swelling, internal bleeding, and intense pain. This pit vipers are primarily active at night, but they bask in the sun during the day. The threat of envenomation, advertised with the shaking of the rattle, deters many predators. However, rattlesnakes fall prey to other predators such as hawks, weasels, king snakes, indigo snakes and many other species, including larger alligators.

Now, regarding alligators being ‘immune’ to a rattlesnakes bite, that is not necessarily true. Alligators are not immune to snake poison. However, they do have extremely tough skin, and an armored back protected by bony plates called scutes. It is possible that this protection may prevent a snake’s fangs from penetrating the skin. The alligator is an amazing reptile, having survived almost unchanged since the time of the dinosaurs. Having been hunted almost to the brink of extinction, this reptile has made an amazing comeback in recent years, inhabiting almost every body of water in Florida.