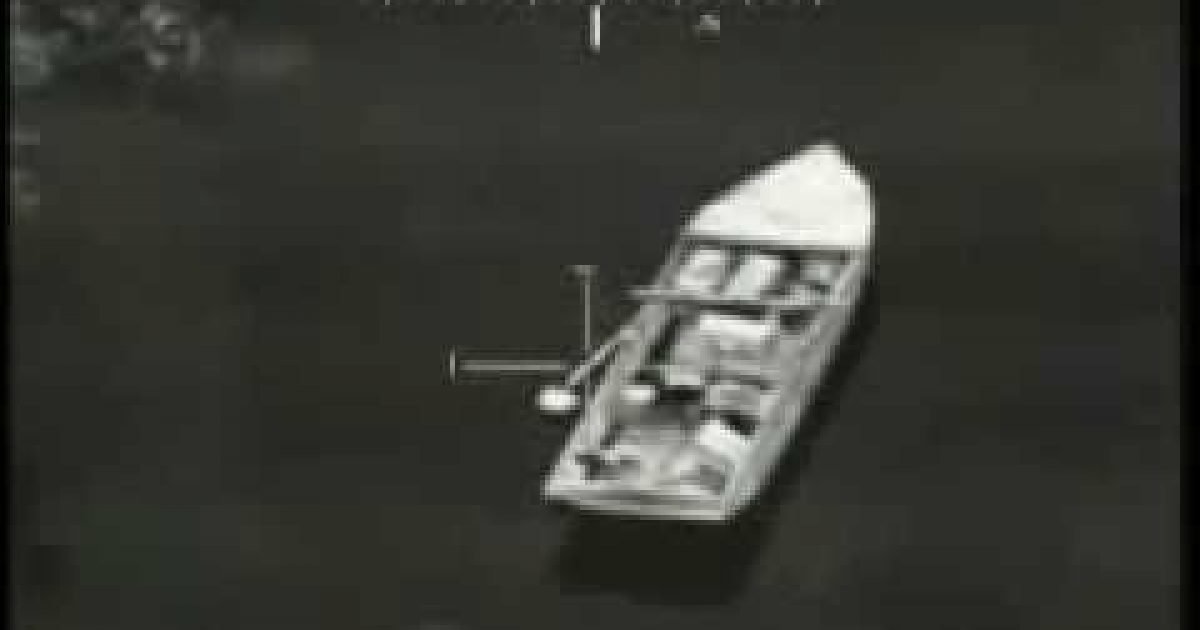 Get ready to see some serious stuff here, as some sneaky terrorists try to pull a fast-one over on our guys and cross the Tigris river at night. What these camel-humping throw-backs don’t realize, it that chopper pilots have night vision technology and can see them just fine in the dark.

Here’s what went down:

Pilots with the 1-3 Attack Aviation spotted a boat moving on the Tigris river with three suspected enemy personnel on board. Two enemy personnel jumped out of the boat, while the 3rd individual attempted to dump the contents out of the boat into the river before jumping out himself. AH-64 Apache helicopters engaged and destroyed the boat with 60 rounds of 30mm ammunition.  these type of engagements limit insurgent access to these waterways and limits the enemies freedom of maneuver.

Here’s what we used against them:

The Boeing AH-64 Apache is an American four-blade, twin-turboshaft attack helicopter with a tailwheel-type landing gear arrangement and a tandem cockpit for a two-man crew. It features a nose-mounted sensor suite for target acquisition and night vision systems. It is armed with a 30 mm (1.18 in) M230 chain gun carried between the main landing gear, under the aircraft’s forward fuselage. It has four hardpoints mounted on stub-wing pylons, typically carrying a mixture of AGM-114 Hellfire missiles and Hydra 70 rocket pods. The AH-64 has a large amount of systems redundancy to improve combat survivability.

Get some popcorn and a cold beer and enjoy the show.