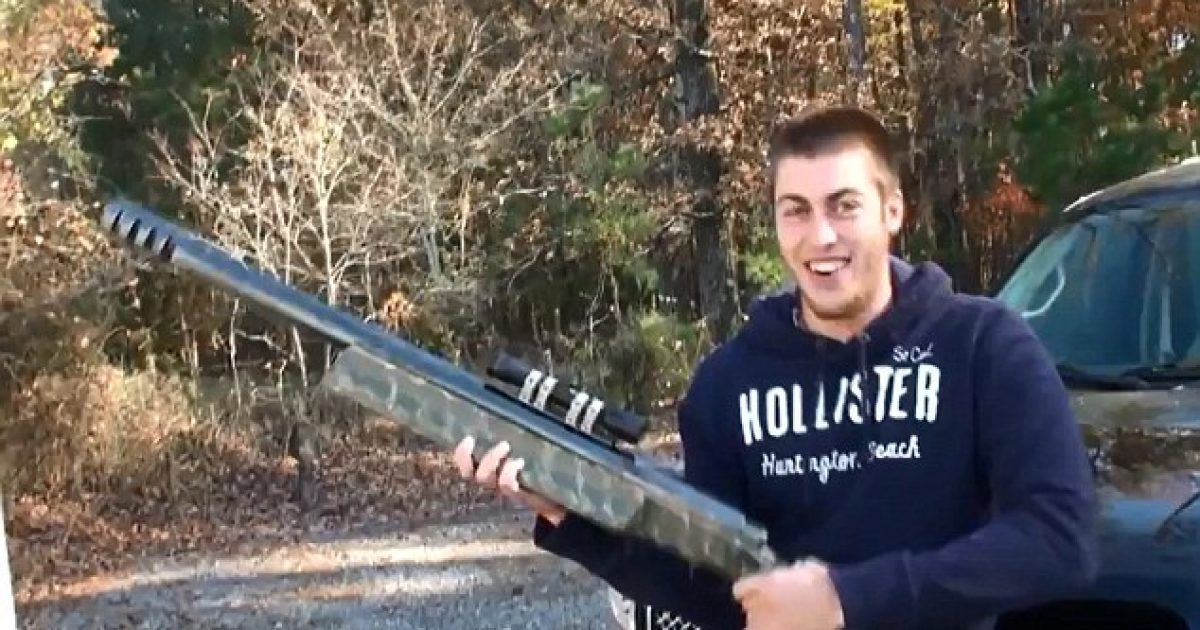 With all of the large caliber rifles that have been make to sell in the civilian market…I think that this one takes the cake.  Ohio-based SSK Industries has produced one of the largest center-fire rifles in history. It is a .905 caliber which produces recoil equivalent to shooting ten .30-06 rifles at the same time. Each bullet costs $40 and comes in at a weight of 2400 grains. For comparison, the bullet fired out of an AR-15 costs .50 to .70 cents and weighs approximately 55 grains. The rifle itself is currently being produced at a weight of about 50 pounds, but the earlier prototypes weighed in at over 100 pounds (kinda heavy to carry while hunting whitetail deer eh?).

In a video of the rifle being shot, those working with the gun report it fires a bullet at approximately 2,100 feet per second with roughly 25,400 foot-pounds of muzzle energy. Wow, you could just aim the weapon at the sky and almost shoot the bullet into space. What do you think…way cool, or just a little too much over-the-top ? I like big guns as much as the next guy, but this one…just a tad too much even for me.
Facebook Twitter