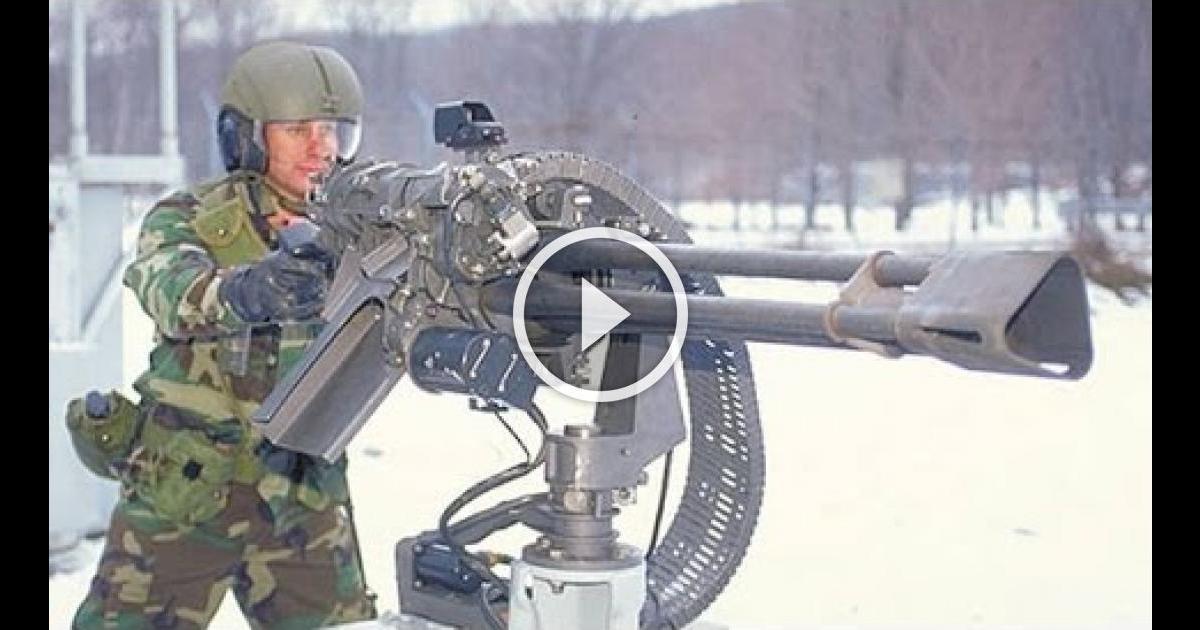 Here is the GAU 19B 50 Cal Gatling Gun and after watching this bad-boy in action, I’m pretty sure, that any Jihadist unlucky enough to get in it’s sights, will be meeting “Allah” in person. Now, there might be those out there that would say that I’m being “Islamophobic”…I can assure you, that is not the case. First-off, I do not have an irrational fear of Islam…I just believe that Islamic terrorists need to be eradicated from the face of the earth. Secondly, I believe that using whatever means at our disposal to accomplish that goal, is completely justified…and the GAU 19B 50 Cal Gatling Gun is the perfect tool for the job.

Here is some history on the weapon from Wikipedia:

“The GECAL 50 was first manufactured by General Electric, then by Lockheed Martin, and now by General Dynamics. Design work began in 1982. Early prototypes had six barrels, but a three-barreled configuration is now standard. The GAU-19/A was originally designed as a larger, more potent version of the M134 Minigun. Due to the loss of nine helicopters in Grenada GE started building prototypes of the weapon in both a three-barreled and a six-barreled configuration.

The six-barreled version was designed to fire 4,000 rpm, and could be adapted to fire up to 8,000 rpm. The GAU-19 takes 0.4 seconds to reach maximum firing rate. Soon it was recommended as a potential armament for the V-22 Osprey. The magazine would be located underneath the cabin floor and could be reloaded in-flight. However, plans to mount the gun were later dropped. In 2005, the GAU-19/A was approved to be mounted on the OH-58D Kiowa helicopter. It also could have been used on the Army’s now cancelled ARH-70. In January 2012, the U.S. Army ordered 24 GAU-19/B versions for use on helicopters. All were delivered by the next month.”

Here is a video that shows the weapon in action.