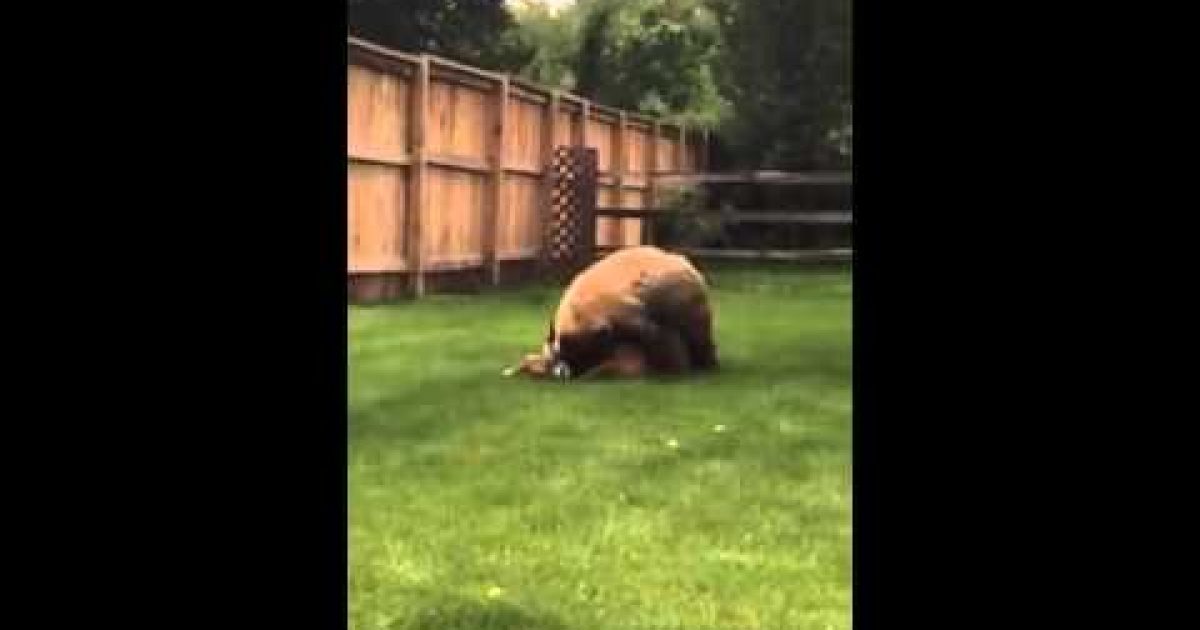 In a HIGHLY GRAPHIC VIDEO posted to YouTube that has been seen by more than 3 million people, it  really does show you just how cruel mother nature truly is. Filmed in a suburban backyard in Colorado by the homeowner, while very dramatic and exciting…it probably wasn’t the smartest thing for the guy to do.

I’m sure that alot of you savvy hunter’s out there already know this, but just the very act of filming this, was not a very smart idea. Had the deer managed to escape, the bear may well have turned his attention to the person standing-up and filming this attack. Bears aren’t cuddly little critters, they’re the apex predator in North America and they are faster than they look. The smart thing in this case, would have been to leave the area as quickly and quietly as possible. But there’s always some morons that just can’t pass-up an opportunity to get a good video to post to YouTube. I’m all for exciting videos, but if there’s a chance you might get hurt, or dead, skip it and be safe
If you’re a Birkenstock wearing, tree-hugging fan of “Bambi”…then you might not want to watch this video. The deer din’t go down quietly…that’s for sure. Make a note of it’s screams, because if you hear something similar while you’re out in the woods, don’t be a an idiot and run TOWARD the sound….go in the other direction as soon (and quietly) as possible.

If your’e the ‘sensitive type’…you may want to turn the volume down, ‘Bambi’ doesn’t go down quietly.