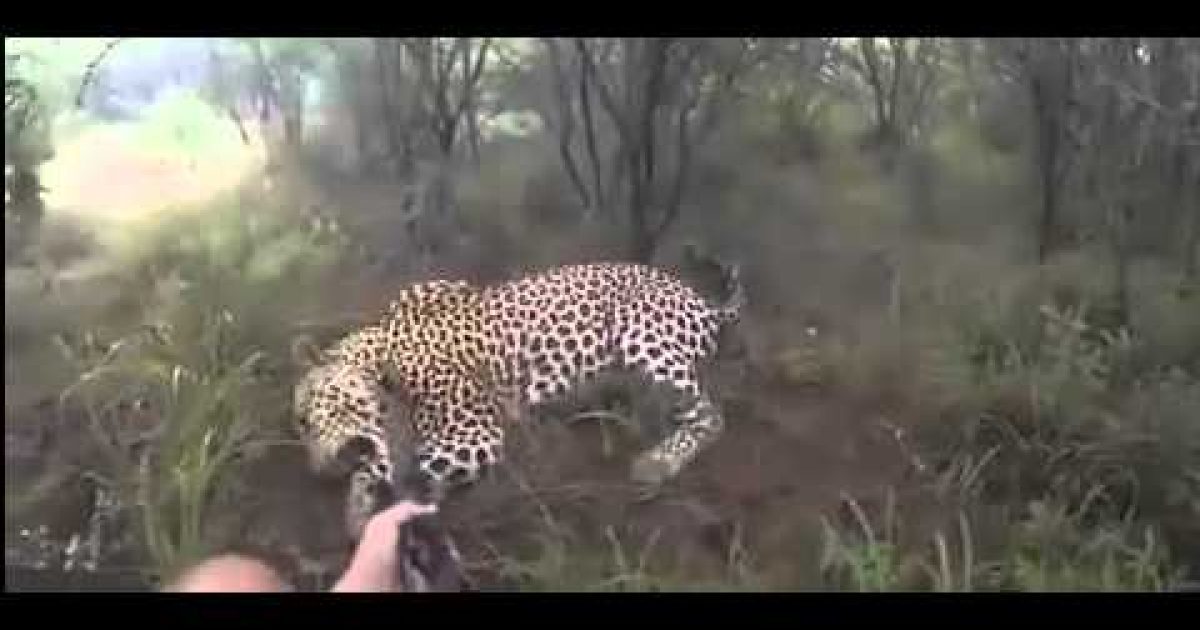 When you are out hunting an animal as ferocious as a leopard, it’s definitely no place for amateurs. Although I am an avid hunter, I have to say, that the men in this video, are cruel scumbags and it’s too bad that the leopard didn’t rip their throats-out (I know that’s a terrible thing to say). But guys like this give all hunters a bad name, they are stereotypes of what liberals and animal rights groups talk about. I personally do not understand trophy hunting…unless you are going to eat the animal, and/or use it’s fur to make clothing, there is no reason under the sun to kill it. The leopard in this instance, felt threatened and struck out of fear, a fear that by the looks of things, was completely justified. These ignorant SOB’s put FIVE rounds into this animal and they still didn’t kill it, instead they acted like ignorant savages, whooping and hollering, tormenting the animal as it laid there suffering. I really hate people like this.

The African leopard is the leopard nominate subspecies native to Africa. It is widely distributed in most of sub-Saharan Africa, but the historical range has been fragmented in the course of habitat conversion. African leopards exhibit great variation in coat color, depending on location and habitat. Coat color varies from pale yellow to deep gold or tawny, and sometimes black, and is patterned with black rosettes while the head, lower limbs and belly are spotted with solid black. Male leopards are larger, averaging 130 lbs with 201 lbs being the maximum weight attained by a male. Females weigh about 77 to 88 lbs.

Leopards are generally most active between sunset and sunrise, and kill more prey at this time. In Kruger National Park, male leopards and female leopards with cubs were relatively more active at night than solitary females. The highest rates of daytime activity were recorded for leopards using thorn thickets during the wet season, when impala also used them.