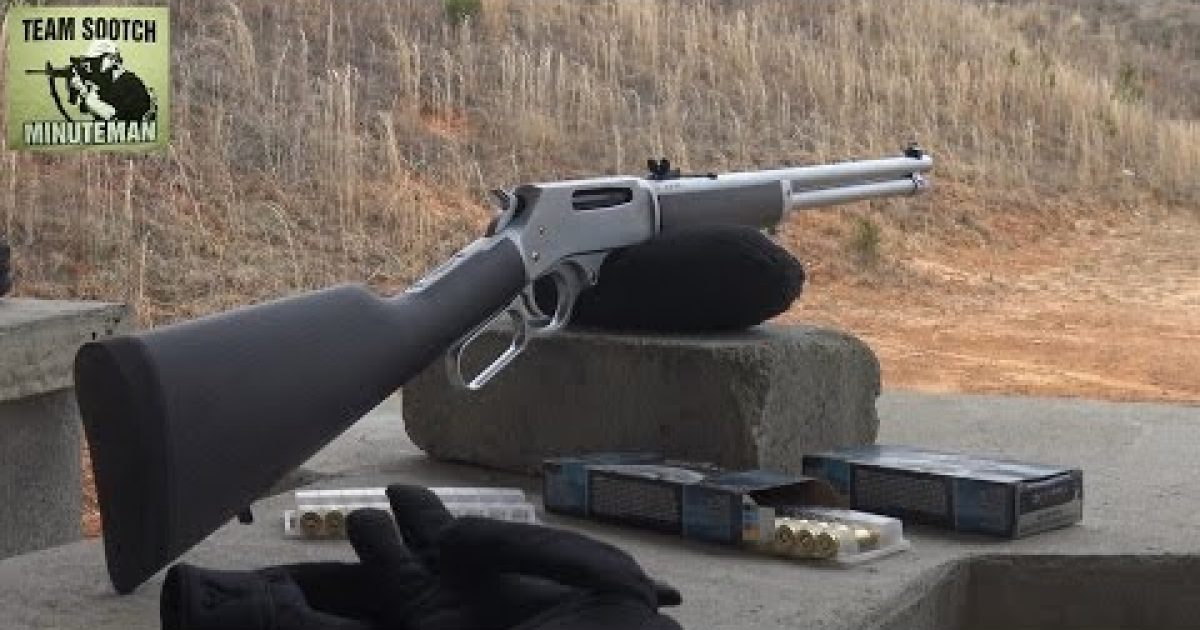 When it comes to lever-action rifles, Henry is one of the oldest and most respected names in firearms. The Henry repeating rifle is a lever-action, breech-loading, tubular magazine rifle famed both for its use during the Civil War,  the Battle of the Little Bighorn and was the basis for the iconic Winchester rifle of the American Wild West. Designed by Benjamin Tyler Henry in 1860, the Henry was introduced in the early 1860’s and produced through 1866 in the United States by the New Haven Arms Company. It was adopted in small quantities by the Union in the Civil War, favored for its greater firepower than the standard issue Spencer carbine.

The proud folks at Henry Repeating Arms had this to say about these two rifles:

In profile and general dimensions, these two Henry offerings are essentially the same as their blued steel counterparts, with 20” round barrel and 5-shot magazine capacity in the .30-30 and 18.43” round barrel with 4-shot magazine in the .45-70, and both with the same adjustable buckhorn/bead sights. Like the blued rifles, the All-Weathers also wear the same wrist profiles- straight in the .30-30, and pistolgrip in the .45-70. The major differences lie in the first time we’ve used hard chrome plating on all metal surfaces (except springs and sights), and a durable industrial-grade coating on hardwood furniture.

In a tough world where a working rifle might be “rode hard and put away wet”, this is the finish you want on it. A very strong plating permanently bonded to the steel underneath, hard chrome doesn’t flake, chip, or peel, and its corrosion resistance is actually stronger than some stainless steels. The treatment we use increases surface hardness, reduces friction on moving parts, doesn’t normally scuff or scratch, and leaves a low-gloss look that won’t spook game.

Beneath the video I’ll place the specs for these two rifles.